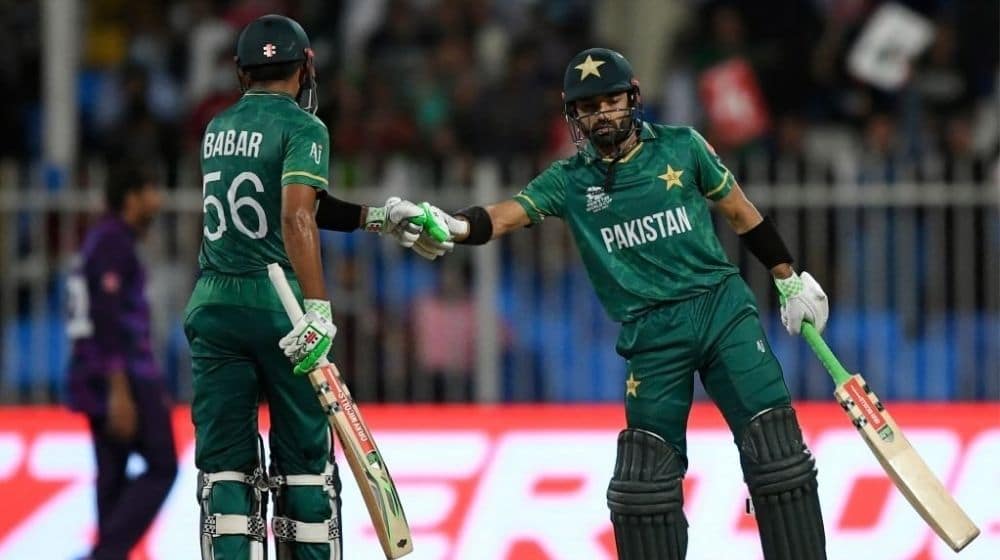 Babar Azam and Mohammad Rizwan set a new record in the ongoing T20I of the home series. Owing to the explosive start by the opening pair, Pakistan posted their highest ever Powerplay total in T20I against Australia.

Opening the innings with the world’s top-ranked batters, Pakistan mounted their highest ever Powerplay total against Australia after Aaron Finch won the toss and decided to bowl first. Scoring at the run rate of 9.33, Pakistan openers smashed 56 runs in the first six overs. This is the most runs scored by Pakistan in the initial six overs of a T20I contest against Australia.

The record-breaking start owes to explosive batting by the skipper Babar Azam as he smacked 38 runs off only 25 balls. He was assisted by Muhammad Rizwan’s 17 runs off 11 balls.

Here are the top Powerplay scores by Pakistan in T20Is against Australia: