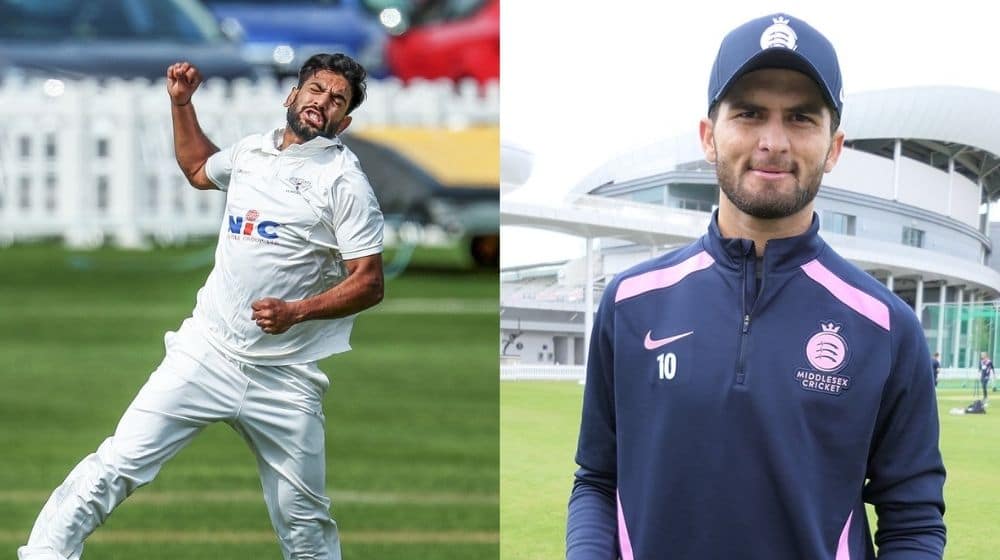 The third round of the 2022 County Championship is set to commence on 21 April with as many as nine Pakistani players set to take part in pulsating action.

While the likes of Shan Masood, Zafar Gohar, Hasan Ali, and Haris Rauf will be hoping to continue their rich vein of form, experienced campaigners, Azhar Ali, Mohammad Rizwan, and Mohammad Abbas will be looking to regain their form.

Middlesex have gotten a major boost as arguably the greatest all-format bowler in world cricket currently, Shaheen Shah Afridi, has joined their squad ahead of the third round. Shaheen is expected to make his debut as Middlesex take on Glamorgan.

Pakistan’s young pace sensation, Naseem Shah is expected to make his comeback after suffering from an injury in Gloucestershire’s opening match of the competition. His inclusion will boost the club after losing their second-round match to Yorkshire.

Right-arm pacer, Hasan Ali, had a terrific debut for Lancashire as he took five wickets in the match as they won their opening match by 10 wickets. He will now face his teammates, Naseem Shah and Zafar Gohar, as Lancashire take on Gloucestershire.

Mohammad Rizwan and Azhar Ali will face each other as Sussex takes on Worcestershire in the second division of the County Championship.

Here is the third round schedule: