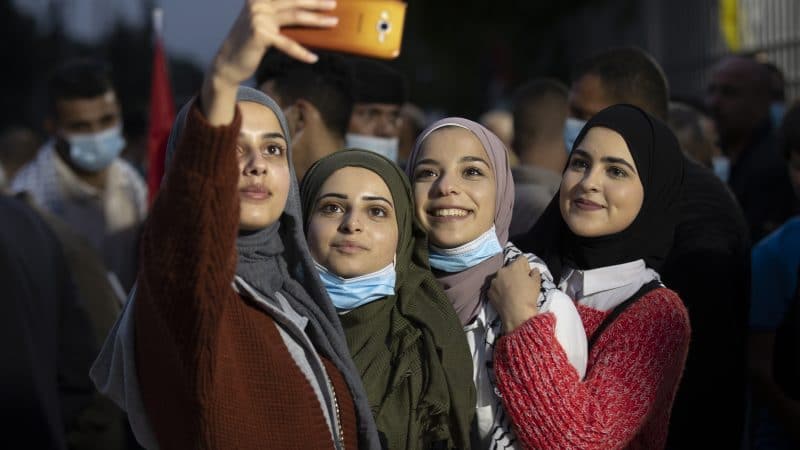 We’re all so bored with Palestine. How on earth can we be expected to maintain interest in a conflict that has been going on for almost three-quarters of a century. Most of us can barely get through a full episode of Narcos without the need for a palate-cleansing episode of the Kardashians. 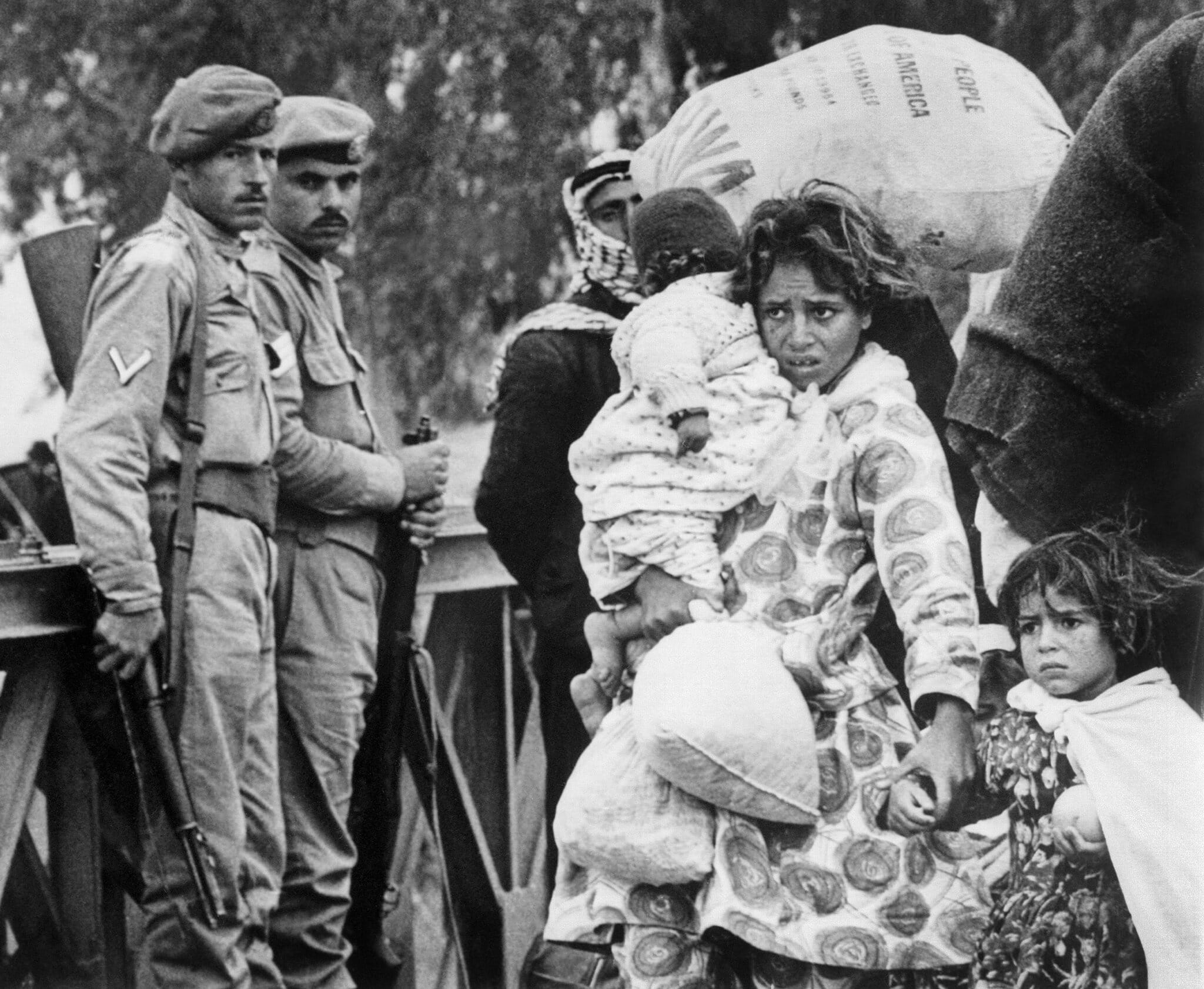 Don’t the Palestinians understand this? Can’t they mix it up a little: scenes of squalor and hardship on the mean streets of Gaza, followed by a nice, light comedy about a Palestinian boy who finds out he was swapped at birth with a Ukrainian baby. Their efforts to adjust to life in their new roles and the hi-jinks which ensue would be both hilarious and a nice break from all those boring scenes of Israeli soldiers breaking the limbs of already brutalized civilians or shooting at children as their fathers try to shield them with their own bodies.

I mean, isn’t it about time the Palestinians understood that they need to get a little bit more with the times? When Palestinians are fired upon by Israeli stormtroopers at the Al-Aqsa Mosque they complain that nobody is paying attention to their plight. Don’t they realize that this happens every year now and as a plot point it’s becoming a little repetitive?

We are fed a constant diet of mothers wailing over the tiny coffins of dead children and fathers with unsightly, stubbly chins standing helplessly by, broken by the soul-destroying realization that their hopes for immortality through their offspring have been cruelly extinguished.

It’s not even binge-worthy drama, for crying out loud. Where are the interesting plot points? There’s no sign of a hero and a heroine who we, the viewers, know should get together, but who are kept apart by something idiotic enough to plausibly sustain the will they/won’t they storyline that keeps us hooked for six seasons and a movie?

Instead, we are fed a constant diet of mothers wailing over the tiny coffins of dead children and fathers with unsightly, stubbly chins standing helplessly by, broken by the soul-destroying realization that their hopes for immortality through their offspring have been cruelly extinguished. 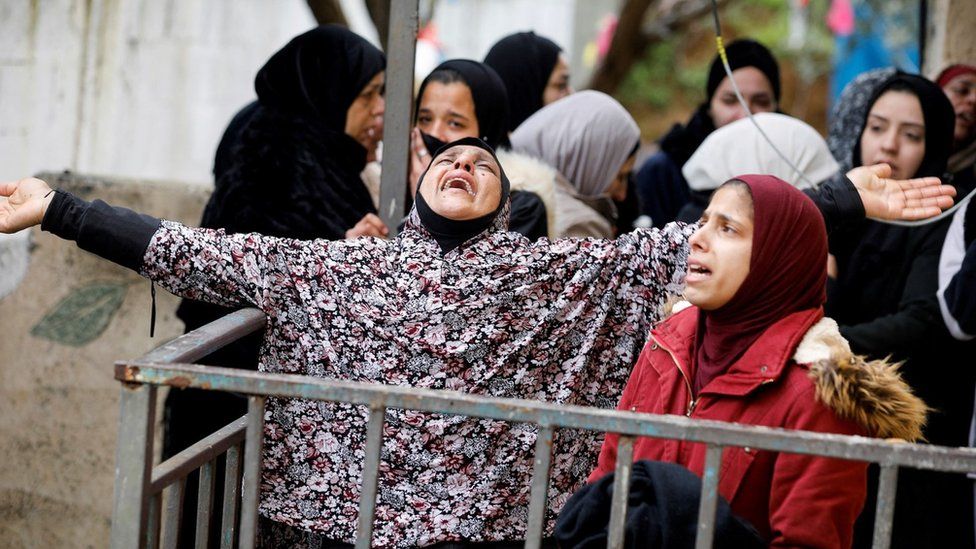 Even the protagonists in this age-old drama are woefully miscast. Is it just me, or do others agree that there are far too many dark-haired, brown-eyed characters in this long-running drama? Have the Palestinians learned nothing from what is happening in Ukraine? Throw in a few blonde-haired, blue-eyed characters and you’ve got yourself a hit show. Rather than showing these dour-looking dark visaged individuals begging Israeli authorities not to tear down their ancestral homes to make way for Israeli settlers, why not, instead, show scenes of a handsome blue-eyed soldier returning from war to marry his equally gorgeous childhood sweetheart amidst the ruins of what was intended to be their first home together.

And, while we’re on the subject, why do all the women have to wear headscarves. The costume department needs to be completely overhauled because they’ve clearly run out of creative ideas. I mean, the women in this drama can’t all think the headscarf suits them. The only time we see women’s hair is when their scarves have been ripped off their heads as they’re being dragged away by burly Israeli security personnel or when they’ve managed to escape a missile attack on their squalid little apartments and didn’t have time to dress appropriately. Of course, if we are going to show women’s hair, it would be better if it was blonde rather than the ubiquitous brown and black that we constantly see. 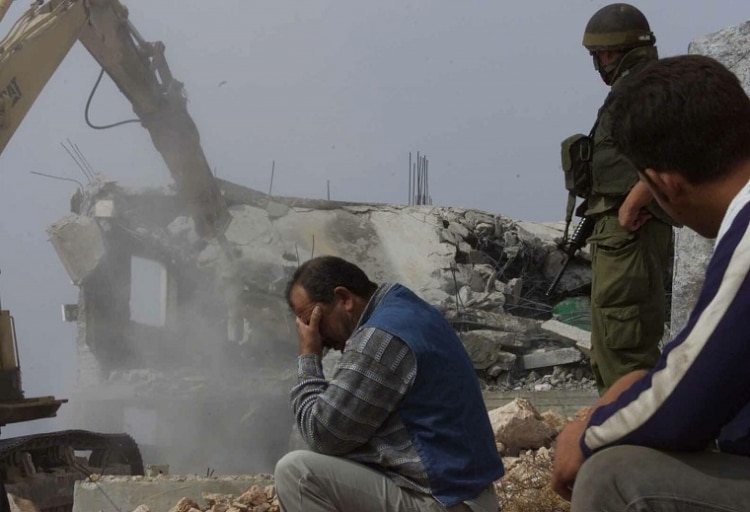 The Palestinians want us to stay tuned to their plight, but while their squalid and depressingly difficult lives in cramped refugee camps, constantly living under the threat of arbitrary arrest or nocturnal bombardments, might be good for a couple of episodes, there just isn’t enough to keep audiences hooked. Come on, our tastes have become far more sophisticated over the years this seemingly endless “Palestinian problem” has dragged on. It’s almost as if nobody in Palestine is watching Netflix? Where’s the Eid special where even people who don’t like each other come together for an awkward Eid meal during which they realize that they have more in common than they originally thought. I mean, the comedy writes itself! Instead, we get Eid broadcasts which are no different from episodes on any other day of the year.

The need of the hour is for young influencers who have come up the hard way on the mean streets of Instagram and TikTok and who know what the audiences want to see. Quick 30-second TikTok videos of injured Palestinians pranking Israeli soldiers would, I’m sure, get thousands upon thousands of views.

Palestinian storytelling goes back to pre-history. The area has been ruled by the ancient Egyptians, the Persians, and even Alexander the Great and, later, the Roman Empire. So it has a rich history and a wide-ranging pool of stories to draw upon. But long-dead ancient historians aren’t exactly the young, hip, and up-to-date showrunners needed to keep the Palestine story relevant. Call me kooky, but I’m fairly certain that Herodotus doesn’t exactly capture the zeitgeist of the 2020s.

The need of the hour is for young influencers who have come up the hard way on the mean streets of Instagram and TikTok and who know what the audiences want to see. Quick 30-second TikTok videos of injured Palestinians pranking Israeli soldiers would, I’m sure, get thousands upon thousands of views.

Perhaps in the right hands and with the right influencers to drive it, we could see a Palestinian version of the ice-bucket challenge taking the world by storm. Celebrities nominating other celebrities to stand in front of Israeli soldiers and see who can dodge the most rubber bullets. Viral, much? I know I’d pay to see that.

People prefer simple stories with simple solutions: stories that follow a news cycle for a short while followed by a nice story about a puppy playing piano or who Will Smith slapped this week.

Palestine is an old wound that continues to fester. Perhaps because it is such an old conflict, the world has become impervious to any news of atrocities in Palestine. People prefer simple stories with simple solutions: stories that follow a news cycle for a short while followed by a nice story about a puppy playing piano or who Will Smith slapped this week. 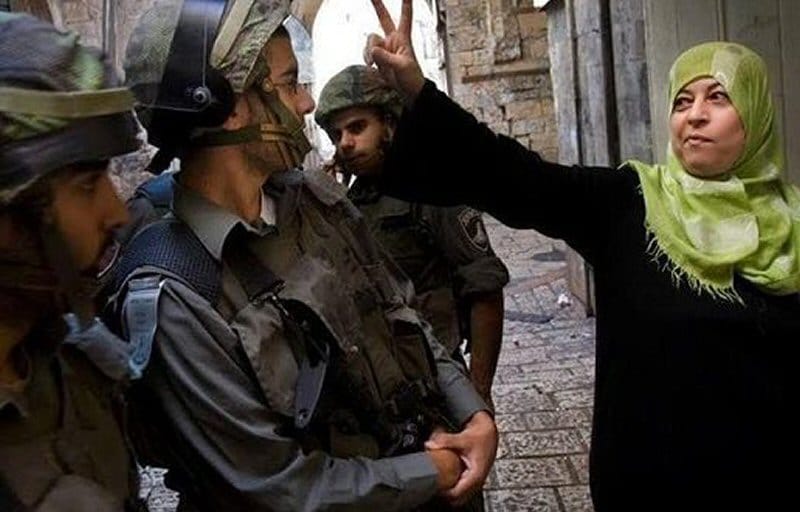 Even George W. Bush grasped this media reality. He understood that he needed to let audiences – whose remote-control fingers were beginning to twitch – know that after 9/11 and the ensuing wars in Afghanistan and Iraq, that normal programming could resume. His now-famous “Mission Accomplished” banner declaring that the still-raging Iraq war was over may have seemed premature to novice filmmakers, but, as it turns out, Bush the Younger was not the functioning idiot many believed him to be. It seems he knew that the American public was getting bored with the storyline and, accordingly, switched up a gear. Now audiences were free to go back to more important things like discovering whether or not Rachel and Ross would finally get together. Incidentally, when even the producers of a money-spinning show like Friends can realize that, after ten seasons, audiences begin exhibiting signs of sitcom fatigue – nobody likes a long, protracted affair, after all – why, oh why can’t the Palestinians see it?

The daily outrages, the brutal killings, and torture; the oppressive system of apartheid under which Palestinian refugees labor are all very newsworthy. Nobody denies that. It’s just not very Instagrammable.

So, my message to the Palestinians – if they want to remain relevant and top the viewing charts – is a simple one: the world is watching. Unfortunately, it is also tuning out because there haven’t been any new twists or storylines that appeal to the younger more sophisticated audiences – you know, the ones who can’t live without knowing which celebrity has been arrested for a drunken brawl with the paparazzi.

The daily outrages, the brutal killings, and torture; the oppressive system of apartheid under which Palestinian refugees labor are all very newsworthy. Nobody denies that. It’s just not very… how can I put this… Instagrammable? Get it together and package things to make the story a little sexier. But at the same time, make sure it doesn’t drag. After all, we don’t want to miss seeing Kim Kardashian’s latest red-carpet moment. We can forgive the Israelis a lot, but we’ll never forgive YOU if we miss out on seeing what dear old Kim wore to the Met Gala this year. 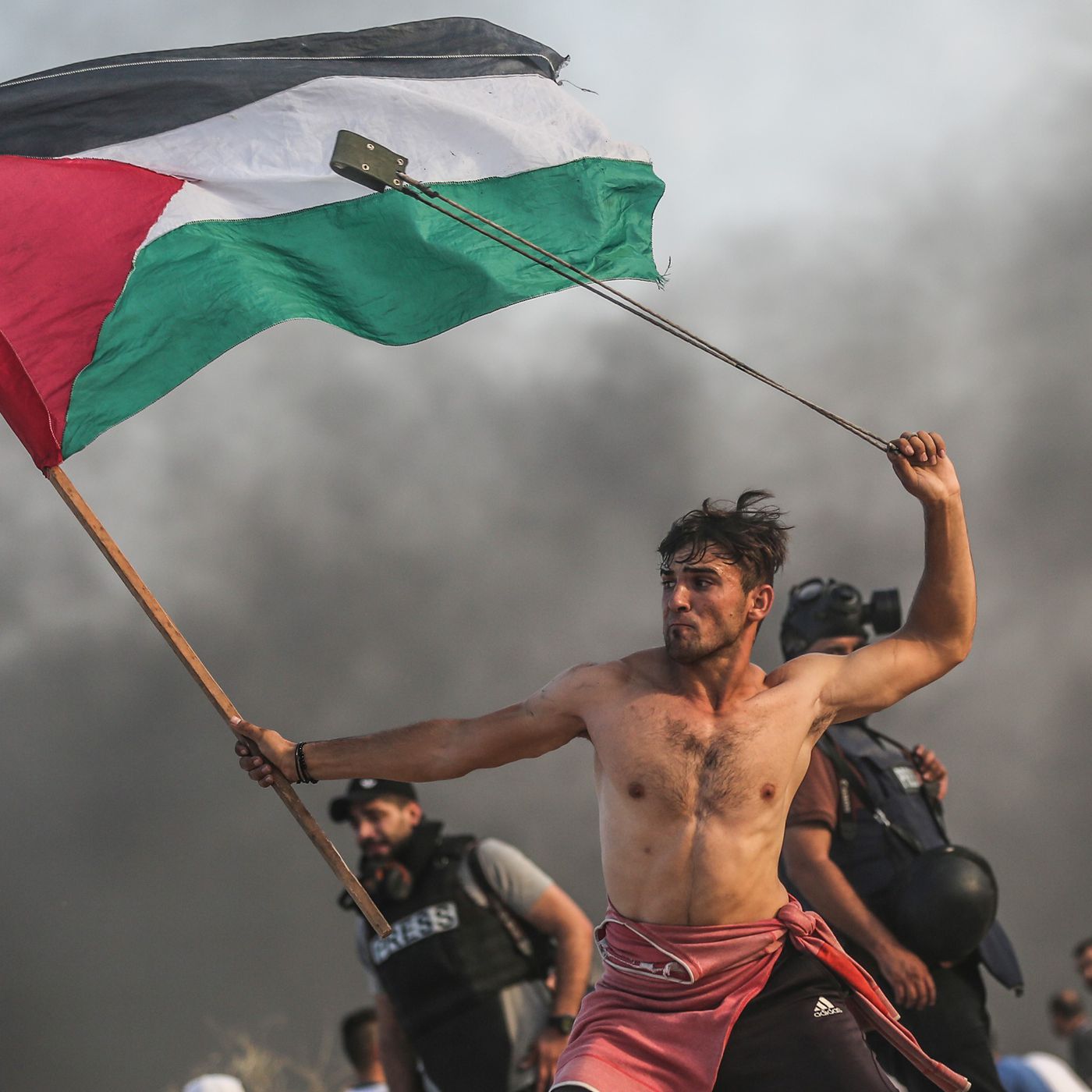 While you were all complaining about your homes being bulldozed and the need for justice, you missed the revolution. The social media revolution, that is. The choice is yours: catch up quick or become completely irrelevant.

Think about it, get with the times, and do better, Palestinians. Otherwise, prepare to be canceled. It was a good run, but, as we all know, if the people’s love affair with Game of Thrones can end, then you’d better believe that in TV world, nothing is forever.