The Pakistani Rupee (PKR) continued its fall against the US Dollar (USD) as it breached the Rs. 186 mark following Eid holidays. The local currency lost 94 paisas against the greenback at the close of today’s session. 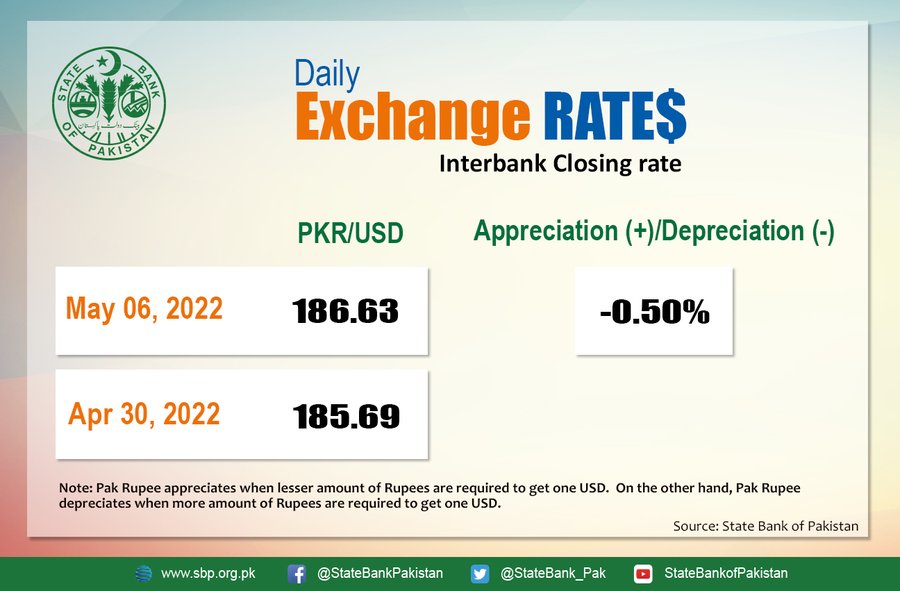 Usually, the flow of remittances registers an uptick leading up to the Holiday period (Eid), lending support to the rupee. As the uptick in foreign remittances settles down, the trends of the foreign exchange market would now become clear.

Discussing the local currency’s performance earlier during the day, the former Treasury Head of Chase Manhattan Bank, Asad Rizvi, tweeted that due to the Eid holidays in Pakistan and the Middle East, the market is yet to open and the rupee could come under pressure as NOSTROs accounts will need funding. He added that remittances would dry out for about a week, and managing cash flow will be ‘a challenging task’ due to the weekend.

After Eid holidays in Pakistan & Middle East market yet to open, #PKR could come under pressure as NOSTROs a/c will need funding.
More importantly remittances will dry out for about a week or so. Managing cash flow will be a challenging task due to weekend.

Rizvi also questioned the decision to persist with the 6-day working week and said that current oil prices are hard to pay. He said that working on Saturdays will add further pressure on the balance of payments and foreign exchange reserves. He warned that if exports and productivity do not pick up, the government will be directly blamed. 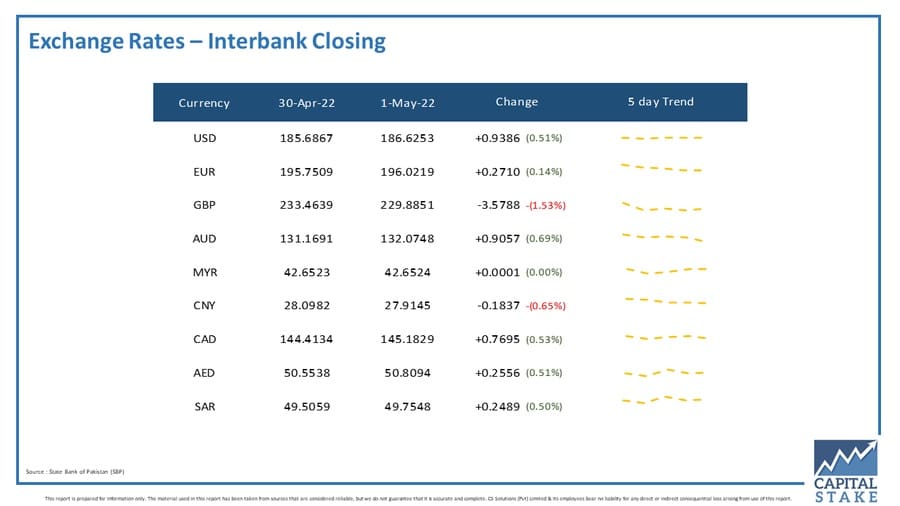 However, it gained a massive Rs. 3.88 against the Pound Sterling (GBP).