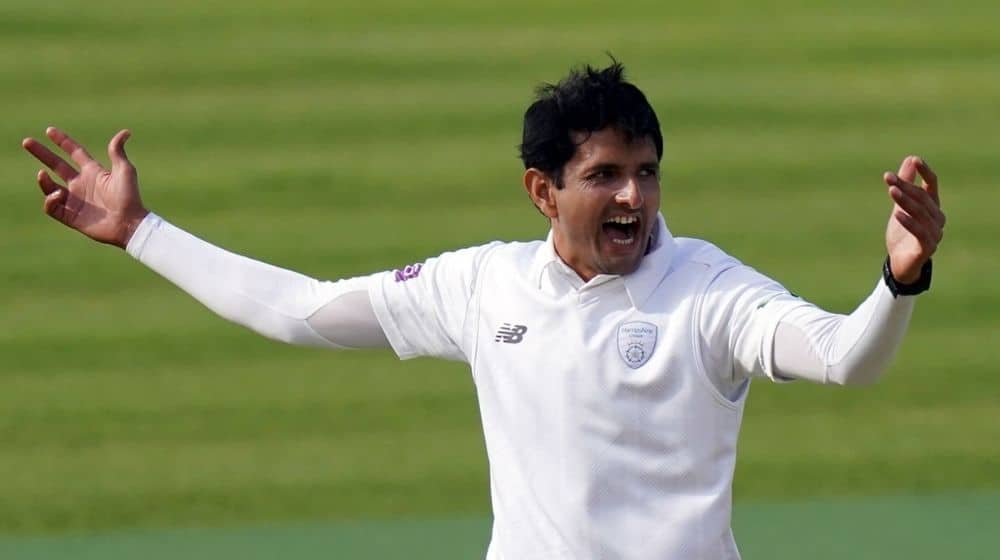 Pakistan’s right-arm pacer Mohammad Abbas who represents Hampshire has claimed his first five-wicket haul of the County Championship season against Gloucestershire at the Ageas Bowl.

Abbas, who bowled with a magnificent line and length, finished at 6-45 which helped Hampshire restrict the visiting Gloucestershire to 179 and took a 163-run lead.

Abbas started with an incredible seven-over spell of 4 for 16 at the start of the inning, took the wicket of opening batter George Scott when he was playing on 9 runs, and then James Bracey was shelled at third slip first ball.

The pacer who sent three Gloucestershire batters out without scoring took the wicket of Miles Hammond who gave a simple catch to Ben Brown and then trapped van Buuren’s leg before the wicket on the cusp of lunch.

He then completed his five-wicket haul with a short ball to Goodman which was caught behind the stumps and his last wicket of the innings was Mohammad Amir with a sharp edge to second slip.

In the ongoing County Championship 2022, Pakistani pacers have been in superb touch, displaying outstanding performances for their respective sides. The likes of Abbas, Hasan Ali, Shaheen Shah, and Haris Rauf are in great form.

Recently, Hasan Ali, who has taken 23 wickets and is the leading wicket-taker in the 2022 County Championship Division 1, was awarded the Player of the Month Award by his franchise, Lancashire CCC.

Here is the list of the most wicket-taker bowlers in the 2022 County Championship Division 1.