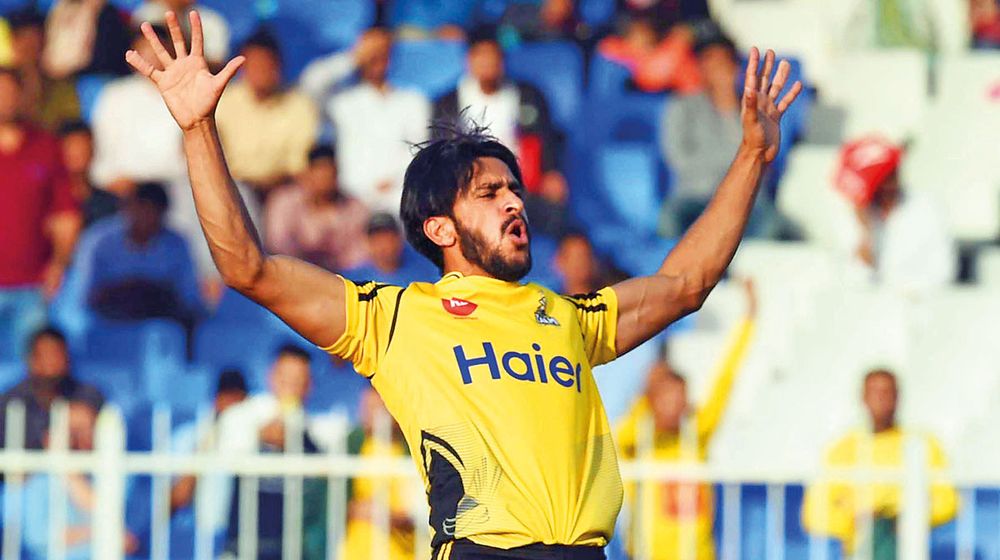 Pakistan’s right-arm fast bowler Hasan Ali has been fighting for a year to regain his form as his performance was not up to the mark and had raised questions over his selection in the national setup.

In the ongoing County Championship Hasan is representing Lancashire and is the highest wicket-taker in both divisions on top of winning the Player of the Month Award by his franchise, Lancashire CCC.

Recently, the stylish pacer who was awarded the best bowler award in ICC Champions Trophy 2017 admitted that dismissing former South Africa batter, AB De Villiers in Pakistan Super League was the most memorable wicket of his career.

While talking to LancsTV after winning the Player of the Month Award by Lancashire CCC, the right arm pacer said

My most memorable wicket is that of AB De Villiers when he was playing for Lahore Qalandars in PSL. I was representing Peshawar Zalmi and I dismissed him, which was special.

In the fourth edition of the Pakistan Super League (PSL) back in 2019, Hasan, who was representing Peshawar Zalmi, had managed to claim the wicket of the South African batting great who was playing for Lahore Qalandars at the Dubai Stadium.

Overall, Hasan Ali remains an integral part of Pakistan’s white-ball setup since his debut and has played 58 ODIs and 49 T20 internationals where he took 89 and 60 wickets respectively while he has taken 74 wickets in 19 Test matches.

It is pertinent to mention here that the right-arm pacer is also the second-highest wicket-taker in the PSL, where he has taken 81 wickets in 64 matches while in the last season he took 9 wickets in the same number of innings.