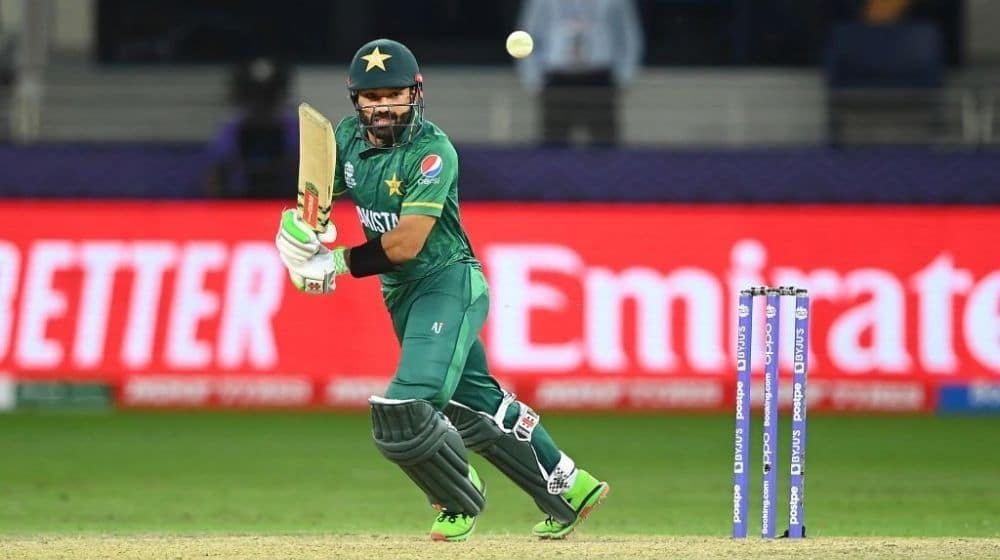 Pakistan Cricket Board (PCB) doctor, Najeebullah Soomro, has recently revealed that they had used a prohibited substance for Mohammad Rizwan ahead of the ICC T20 World Cup 2021 semi-final against Australia.

The wicket-keeper batter was in supreme form in T20 World Cup and ended the mega event as the third-highest run-scorer where he scored 281 runs in six innings at an average of 70.25.

While conducting an interview with Rizwan, Dr Najeebullah said, “You were unable to breathe and I had to get permission from the International Cricket Council to inject that medicine to help you recover. Usually, it is prohibited for the athletes but since there was no other option available, we had to take permission from the ICC to inject that medicine.”

The vice-captain had also showcased outstanding performance in the semi-final where he scored 67 runs off 57 balls. Before the match, the availability of the wicket-keeper batter was in doubt as he had a severe chest infection and had spent two nights in ICU.

The 29-year-old was also instrumental in the win against India in the first match of the World Cup as he and Babar Azam chased down the total of 152 with ease.

It is pertinent to mention here that Rizwan was the first batter who scored 2,000 runs in T20 cricket in a calendar year and was awarded ICC Men’s T20I Cricketer of the Year for 2021. He was also named one of the Wisden Cricketers of the Year in 2021.