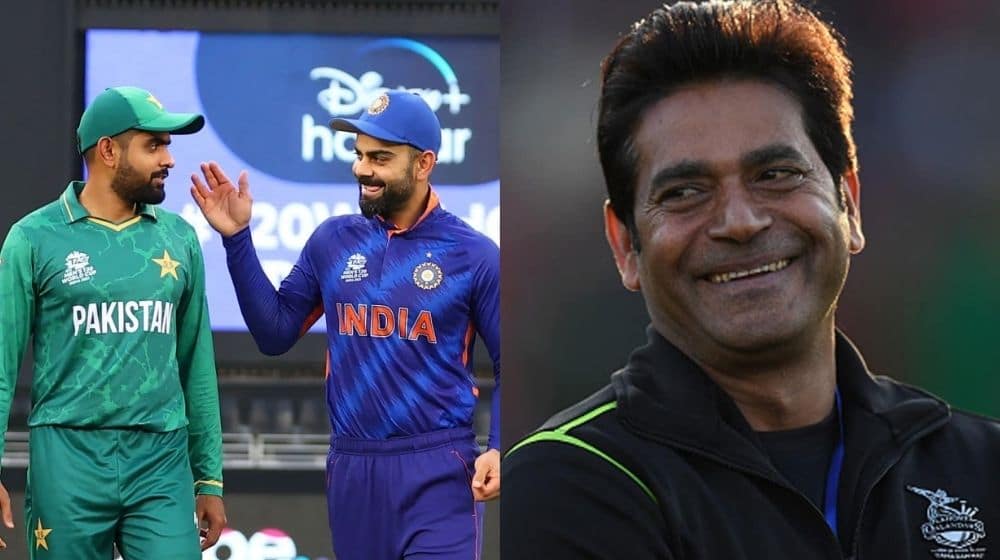 Former Pakistan fast bowler, Aaqib Javed believes that Babar Azam has established himself as one of the best batters in world cricket and is currently better than former Indian captain, Virat Kohli. He believes that Babar’s performances over the past few years have been exceptional while Kohli has failed to maintain his form of old which is why Babar is a better cricketer than Kohli these days.

Lahore Qalandars’ head coach said that Kohli has lost his peak and is on a downward spiral while Babar is moving towards his peak at a rapid pace. Aaqib Javed said that it will be very difficult for Kohli to recover his form and get back to his usual standards while Babar is in the form of his life and is leading the national team from the front.

He also drew comparisons between Pakistan and Indian speedsters, Shaheen Afridi and Jasprit Bumrah and wicket-keepers, Mohammad Rizwan and Rishabh Pant. The ex-fast bowler believes that the two Pakistani players are currently performing better than their Indian counterparts and are better players.

The 49-year-old said that Shaheen is one of the best bowlers in the world and his performances in all three formats in the recent past have been much better as compared to Bumrah. He said that Bumrah was already an established star when Shaheen broke onto the world stage but if a comparison has to be made on the performances of the two players, Shaheen has been much better than the Indian pacer.

He also added that Rizwan is a much better player than Pant as he takes on more responsibilty. He stated that while Pant is an exceptional talent, he does not know how to keep his emotions in check and can let the situation get the better of him while Rizwan is calm, composed and thrives under pressure.