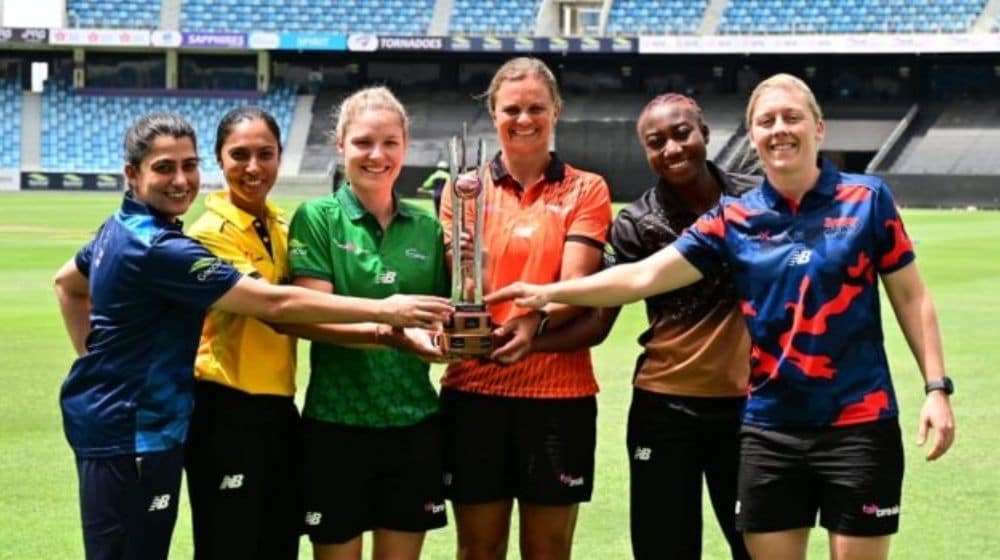 ICC-approved FairBreak Global tournament is currently the focal point of women’s cricket, featuring top-notch players from 35 different countries. The unique setup is not only ground-breaking for women’s game but also for cricket in associate nations as it aims at providing fair and equal opportunities for everyone irrespective of gender-based and geographical discrimination.

FairBreak Global is the very first of its kind in women’s cricket grouping the leading stars from full-member teams and emerging talent of associate nations in six teams. The T20 league being staged in UAE is unlike any other franchise-cricket event as it serves as a bridge between the top teams and those who are new in the field of cricket.

90 players are currently participating in the T20 league and surprisingly 50 of them belong to associate teams. Players from teams like Rwanda, Botswana, Papua New Guinea, and many other associate nations have been given an opportunity to share the dressing rooms with the biggest names in cricket.

It is a breath of fresh air for both players and viewers as Maryam Bibi and Natasha Miles from Hong Kong feature alongside New Zealand’s Sophie Devine and Katey Martin. Furthermore, avant-garde is USA’s Sindhu Sriharsha leading the star-studded side of The Warriors including West Indies’ Hayley Matthews and Shamilia Connell as well as South African star Mignon du Preez.

Five Pakistani players are also participating in the tournament, where Bismah Maroof and Sana Mir are leading their sides whilst young Fatima Sana is living a once-in-a-lifetime chance of playing under the captaincy of English captain Heather Knight.

This is also the first time that Sana Mir has returned to cricket after her retirement. Moreover, Diana Baig and Aliya Riaz are together playing under West Indies skipper Stefanie Taylor.

Although FairBreak is a short event of 15 days with 19 matches, it has managed to have a great impact on women’s cricket by achieving the target of uniting the full members and associate members under the same flag, something that never happened in the men’s game.