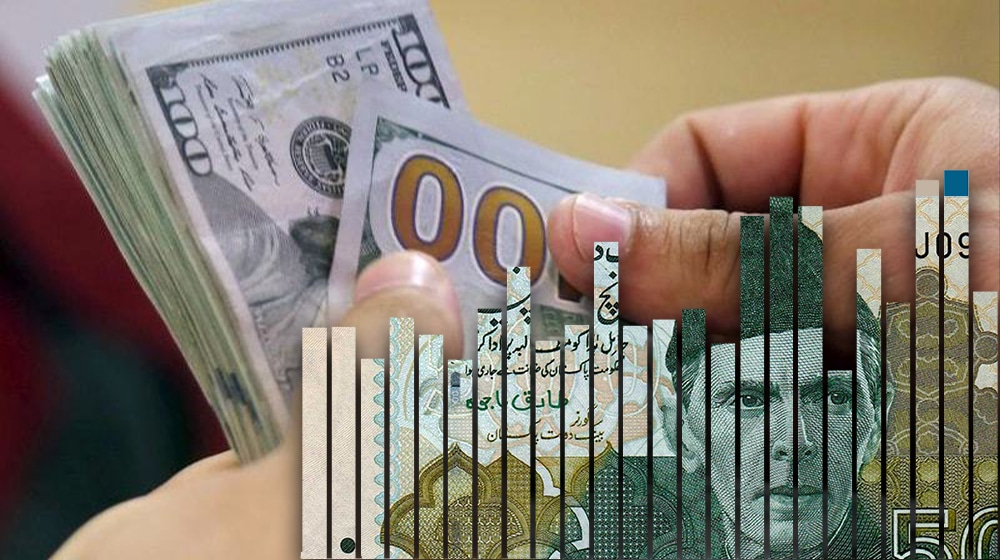 The Pakistani Rupee (PKR) continued its losing streak against the US dollar to reach an all-time low of Rs. 191.77. The local unit lost Rs. 1.75 against the greenback in the interbank market today.

The PKR depreciated by 0.91 percent against the USD and closed at Rs. 191.77 today. Yesterday, the PKR lost Rs. 1.36 against the greenback at the close of the session, closing at Rs. 190.02. The greenback has already gained Rs. 8.84 against the rupee since the tenure of the newly formed coalition government. 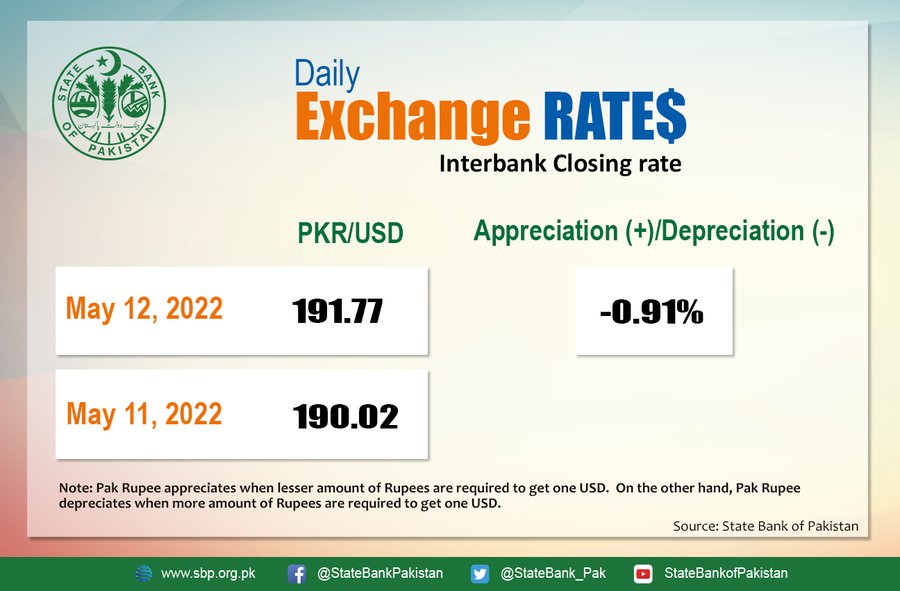 The rupee’s freefall has been attributed to a number of factors, however, the high import bill and the delay in the revival of the International Monetary Fund (IMF) bailout are the primary factors contributing to the rupee’s decline.

Discussions with IMF over policies for completing the seventh review of the country’s Extended Fund Facility (EFF) are expected to resume on May 18. However, the government will have to decide on the issue of fuel and electricity subsidies before the talks start.

There’s very little support for the rupee right now. We may see a surprise interest rate hike soon too. The driving reasons for the weakening rupee are dwindling reserves and the low probability of fresh inflows. But global and regional currencies are all weakening too, the Indian rupee fell to an all-time low against the USD today, Yuan, Euro & Pound Sterling have also hit multi-year lows. The weakness in global equities, surging commodity prices, hike in US interest rates and the Russian invasion of Ukraine are all contributing factors to this crisis.

Discussing the local currency’s performance during the day, the former Treasury Head of Chase Manhattan Bank, Asad Rizvi, said in a tweet that the local currency has lost 9 percent of its value against the USD since the start of the Russian invasion of Ukraine.

He said that the economic slowdown and high oil prices have also dented other currencies in the region. Rizvi added that there is no respite in sight.

INTER BANK#PKR continues its one sided journey losing nearly 9% of its value vs $ since the time of Russian invasion of Ukraine 2hit all time new lows.Economic slowdown & higher Oil prices dented YUAN,THB,KRW,MYR & INR by 4 to 9% accelerating inflation too. No respite in sight. 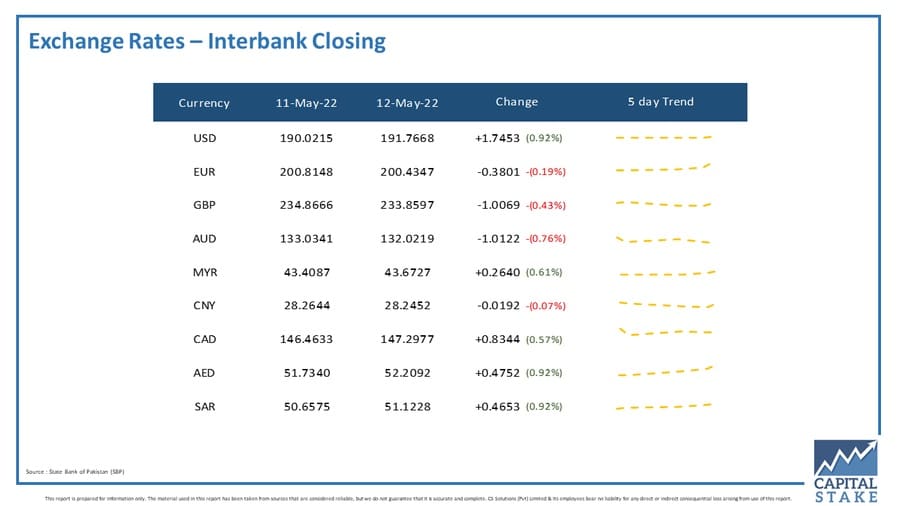