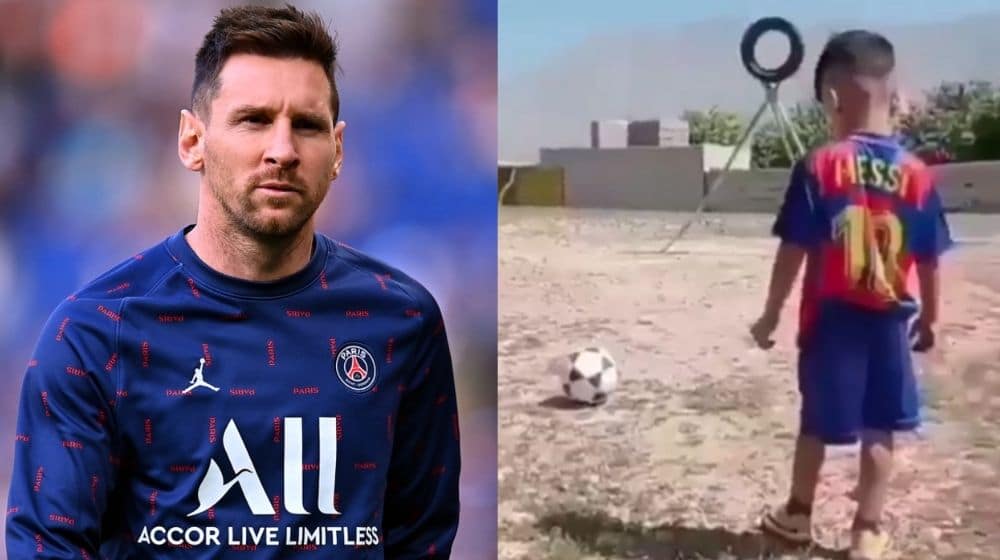 A young football fan from Balochistan has gone viral on Twitter for his magnificent football skills.

In a video uploaded on Twitter, the young fan, donning the jersey of footballing icon, Lionel Messi, is seen kicking the ball through a tire mounted on a bunch of sticks.

The video captioned, “Help me to show the talent of Balochistan to the world” has caught the attention of thousands of users as they were left in awe of the young footballer’s talent.

MESSI💙💙💙
Help me to show the talent of Balochistan to the world. #Balochistan ❤️ pic.twitter.com/hUs6Ydu1iw

The video has garnered over 13,600 likes and 4,500 retweets as the people urged the authorities to pay due attention to the future sports stars in the country.

While there is no shortage of talent in the country, the sport is in dire conditions. Pakistan football has been banned by FIFA over the past year and it is still unclear when the ban will be lifted.