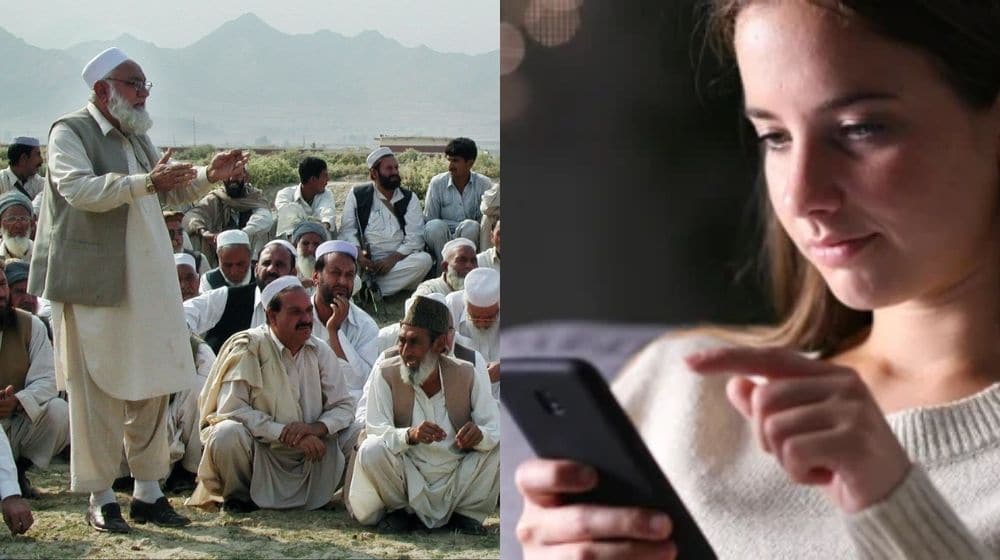 In a bizarre development, a Baloch Jirga, comprising of tribal men from major tribes in Balochistan, has called for banning Baloch women from using smartphones.

According to details, the Jirga was held last week in Zhob district, which is located over 300 km away from the provincial capital, Quetta. Hundreds of men from tribes residing in Zhob, Sherani, Qila Saifullah, and other adjoining districts attended the Jirga.

Addressing the event, Jirga’s convener, Sardar Azizullah Kibzai, said that the use of smartphones by women has increased obscenity in the Baloch tribes. As a result, cases of young Baloch women eloping have increased significantly.

On the other hand, human rights activists have strongly condemned the proposal of the Jirga and said that the suggestion has been made by an all-men meeting that didn’t even bother to take input from the opposite gender.

Speaking in this regard, Gulalai Ghursani, a prominent social activist in Zhob district, questioned that if men have the right to benefit from technology then why can’t women enjoy the same right?

Irrespective of gender, the internet and smartphones have become an important part of the 21st-century lifestyle and such outdated ideas have no place in the digital age, Gulalai added.