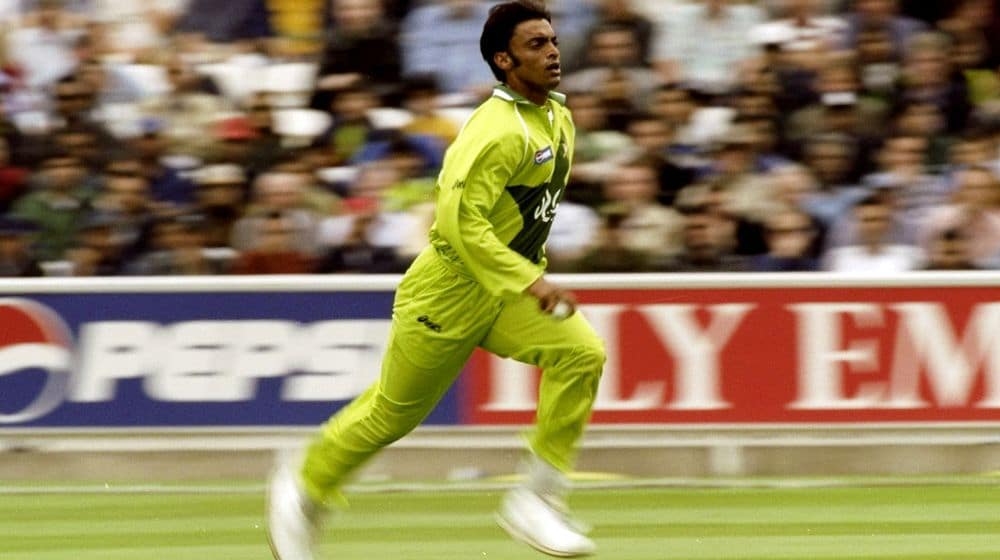 Former Pakistan speedster, Shoaib Akhtar has spoken up about how he added extra pace to his bowling, saying touching the 160 kph mark requires specific training.

“When you touch 155 kph as a bowler, remember that you have another 5 kph inside you. However, adding that extra pace to your bowling requires specific training. Before I broke the 100 mph record, I was bowling at speeds of 157-158 kph but I was not able to reach 160.”

Speaking in an interview, Akhtar said that he began by running with tires and then pulling small vehicles but it was also insignificant so he started pulling a truck for 4-5 miles.

“I began by running with tires but soon realized that they are light. Next, I started pulling small vehicles with my shoulders. There is less public in Islamabad, so I used to pull vehicles at night.”

“I used to match its speed with the pace of my run-up. I realized that the vehicle is also small, so I started pulling a truck. I used to pull a truck for 4-5 miles,” Akhtar claimed.

The world fastest bowler further added that he also managed to change his training in the nets as had started bowling on 26-yard strips that had reduced his speed considerably but his aim remained the same to clock 150 kph on 26-yard surfaces.

“When I bowled on 26-yard strips, my speed came down to 142-143 kph. But my aim remained to touch 150 kph on 26-yard surfaces. My muscles were in great shape back then and I started bowling with old, worn-out balls. I was aiming to hit the wickets with those old balls,’ Akhtar concluded.