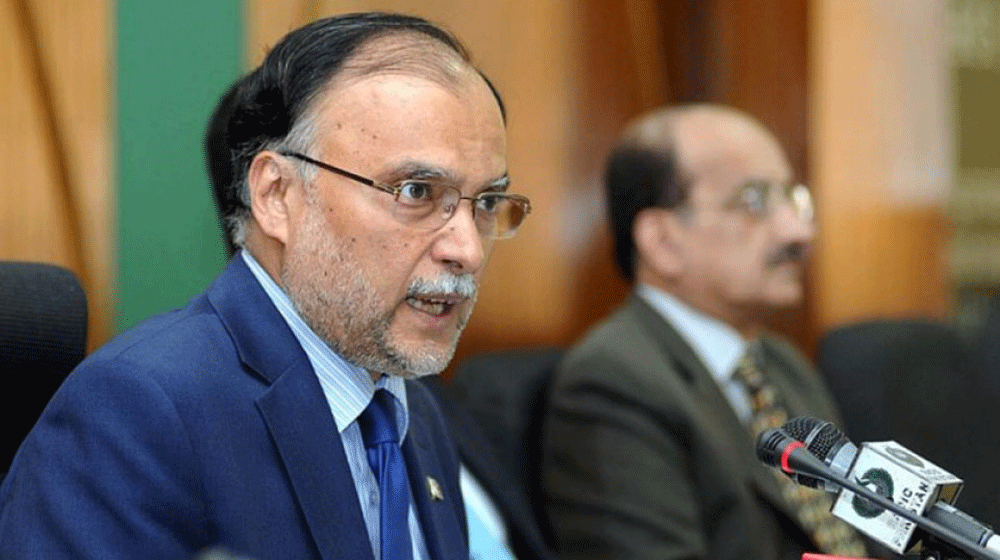 The federal Minister for Planning, Development & Special Initiatives, Ahsan Iqbal, has said that the development budget of Rs. 700 billion has been proposed for the next financial year.

He spoke to the media at the Parliament House today and said that the previous government had allocated Rs. 900 billion for the annual development program, which was reduced to Rs. 500 billion.

ALSO READ
Govt Might Not Include New Projects in Next Budget

Minister Iqbal said that 42 percent of the projects in the Federal Public Sector Development Program (PSDP) belong to the provinces and should be funded by them. Also, the previous government had included the province’s projects in the PSDP as a political bribe.

Furthermore, the government will try to improve the economic situation in the last year of its (ongoing) tenure and will ultimately announce elections after the tenure ends, Minister Iqbal said.

Minister Iqbal also vowed to establish a science and technology university as envisioned by Pakistan’s nuclear father. the late Dr. A. Q. Khan.

The Senate Standing Committee met at the Parliament House today, presided over by Senator Salim Mandviwala. The Secretary of Planning informed the committee that the government reduced the development budget spending by Rs. 400 billion in the current fiscal year. Regarding the erstwhile Federally Administered Tribal Areas’ (FATA) districts, the Secretary stated that their development budget was Rs 52.7 billion, while only Rs. 36.9 billion had been released.