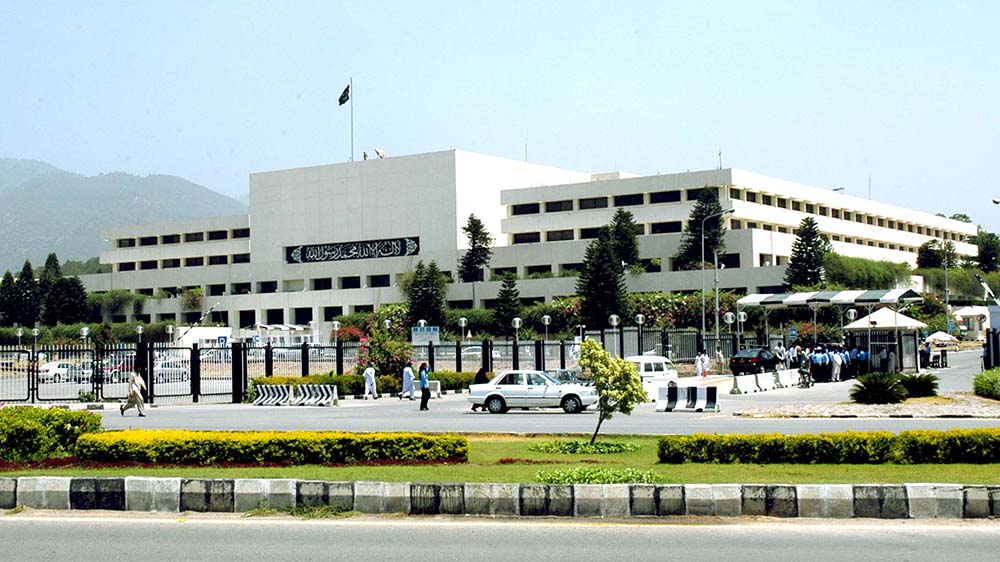 The Ministry of Information Technology and Telecom (MoITT) is going to look into the alleged violation of the Public Procurement Regulatory Authority’s (PPRA) rules in the awarding of the E-parliament system contract, upon being asked to by the Transparency International Pakistan (TIP).

Sources told ProPakistani that IT&T high-ups have forwarded the TIP’s query to the concerned Joint Secretary and have reportedly sought an answer from the senior officials of the National Information Technology Board (NITB).

The TIP wrote a letter to the Additional Secretary (In-charge) MoITT, stating that it has received a complaint about the violations of the PPRA Rules, 2004, by the NITB in a Rs. 0.2 billion tender of the National E-parliament system being awarded to a single bidder — M/s Abacus  — at Rs. 0.51 billion.

More than a dozen IT companies, including five or six leading national IT companies, participated in the pre-bid meeting related to the National E-parliament system that was on 2 March 2022, and all the leading IT companies had reportedly protested the eligibility criteria that favored the specific bidder.

There were some controversial Joint Venture (JV) terms engineered to favor specific bidders like the RFP clause 3.7 (C) that “Financial strength that will be considered only by the Lead Bidder”. Such a clause contradicts the spirit of the PPRA’s rules and the Pakistan/PEC Standard Bidding document.

Another engineered controversial JV clause read: “Joint venture (JV) arrangement maybe to pool their resources (Technical and HR only), however, all the JV companies must be in IT business, and all must be registered with the Securities & Exchange Commission of Pakistan (SECP) at least for the last 04 years,” which means companies can preferably form JVs with HR companies to only pool IT resources, which is against the typical spirit of the JV arrangement, and they must all be registered with the SECP with a very specific period, which is the last four years.

The clauses in the 11.1 Eligibility and 11.2 Technical Evaluation Criteria of the RFP are favoring, giving marks distribution preference to the sole bidder. All the bidders had requested the NITB to extend the bid submission date in the software development component e-parliament project by three to four weeks as per the meeting of the pre-bid minutes.

However, the department had declined the request for an extension in the bid submission date late in the evening of 4 March 2022, due to which the bidders had failed to prepare two percent of the bid security amount on the closure of banks. Eventually, the NITB received only one bid on 7 March 2022.

After technical evaluation results, the NITB had opened a financial bid of Rs. 522 million, quoted by the firm Abacus, whereas the planning commission in PC-1 had allocated Rs. 212 million for the software development component.

In its comments, the TIP stated that Prima Facia, the NITB did not comply with rule 10 of the PPRA by introducing clauses favoring specific bidders, and any unauthorized breach of the rules will amount to mis-procurement under rule 50 of the PPRA Rules, 2004.

Similarly, no rule made by any regularity authority allows a contract at an approved PC-s cost of Rs. 0.2 billion awarded at 1.1/2 time (Rs. 0.51 billion).

The TIP had requested the federal secretary to investigate the alleged non-compliance of the PPRA’s Rules, and if the complaint is found to be correct, it wants the cancellation of the order for re-advertisement of this tender according to the PPRA Rules and for action to be taken against the officers found responsible for any violation of the PPRA Rules, integrity pact, and National Accountability Bureau’s (NAB) Ordinance.

Note: A previous version of the article incorrectly referred to M/S Abacus as an entity that was involved in irregularities in a previous contract with PIA. However, those allegations were against Abacus Distribution Systems Pakistan (Private) Limited.

ProPakistani always tries to ensure authentic and correct news. The company apologizes to our readers for any confusion or unintentional harm to any entity due to the mistake.