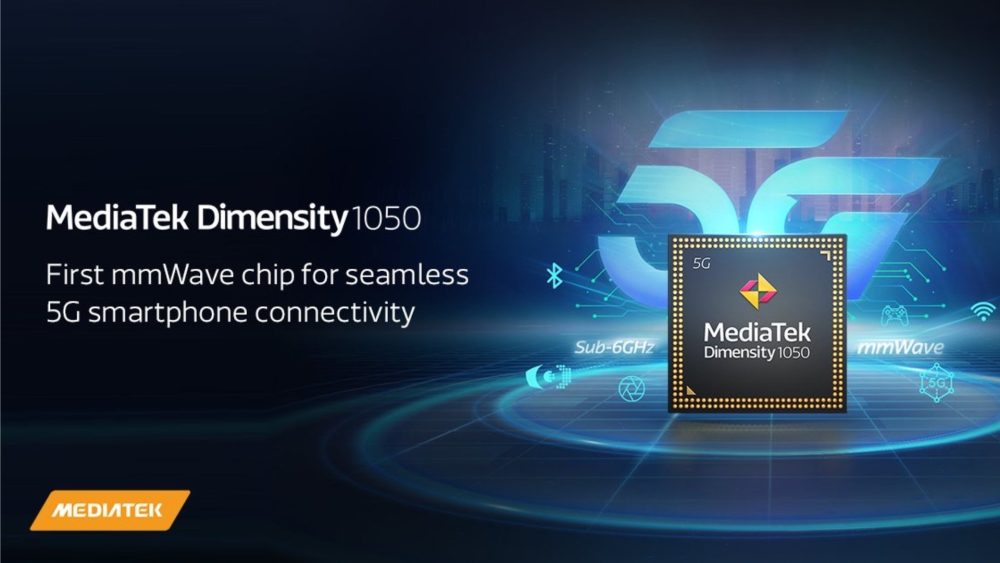 MediaTek’s Dimensity line of chipsets has been gaining significant market share over the past few years. These are meant for mid-range and high-end Android phones while the Helio family of SoCs is typically found in budget phones.

Now the Taiwanese chipmaker has added another chip to its mid-range lineup called the Dimensity 1050. It is essentially a lower-end version of the Dimensity 1100 SoC and also the company’s first chipset with dual mmWave and sub-6GHz for faster 5G connections. 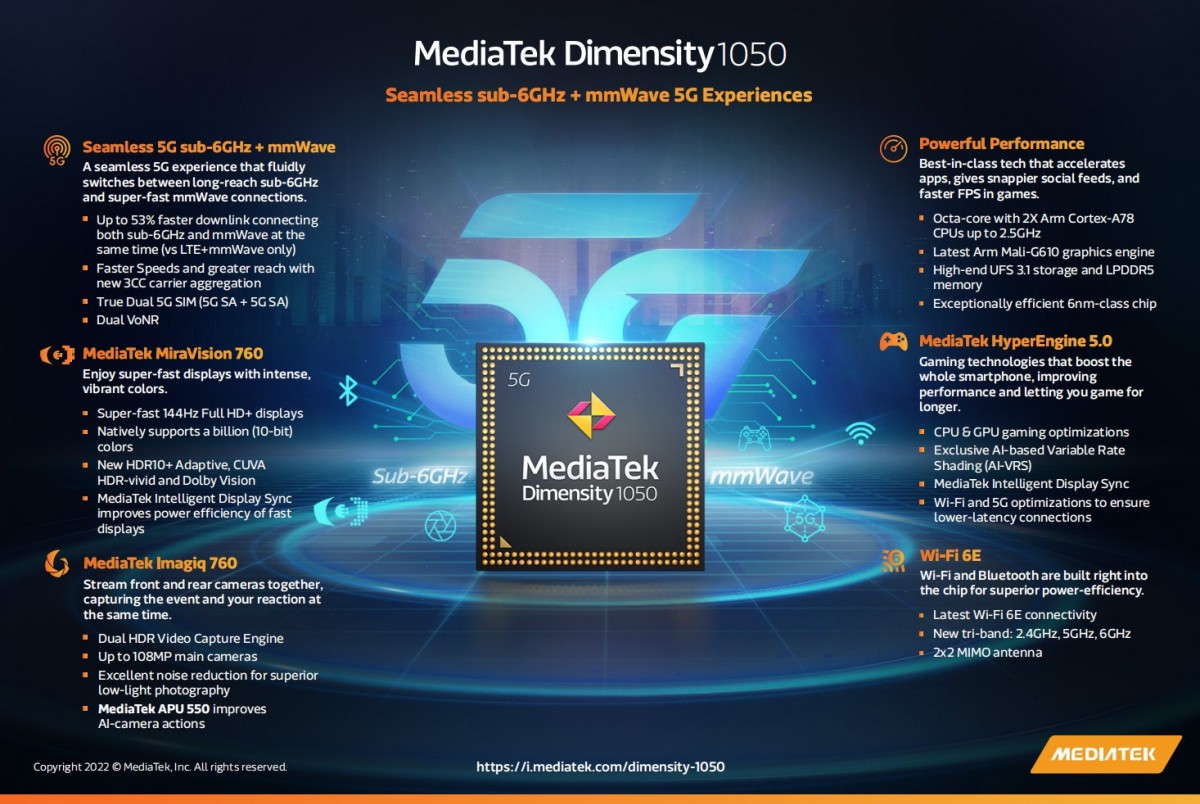 The chip is based on TSMC’s 6nm process with two ARM Cortex A78 high-performance cores running at 2.5GHz. There is no mention of efficiency cores, but there are most likely six ARM Cortex-A55 cores. The GPU is ARM Mali-G610 with support for MediaTek’s HyperEngine 5.0 suite for better game performance.

It can be paired with up to LPDDR5 RAM and UFS 3.1 memory.

That’s all the information MediaTek has revealed so far. The company says that Dimensity 1050 powered phones should hit the market between July and September this year.