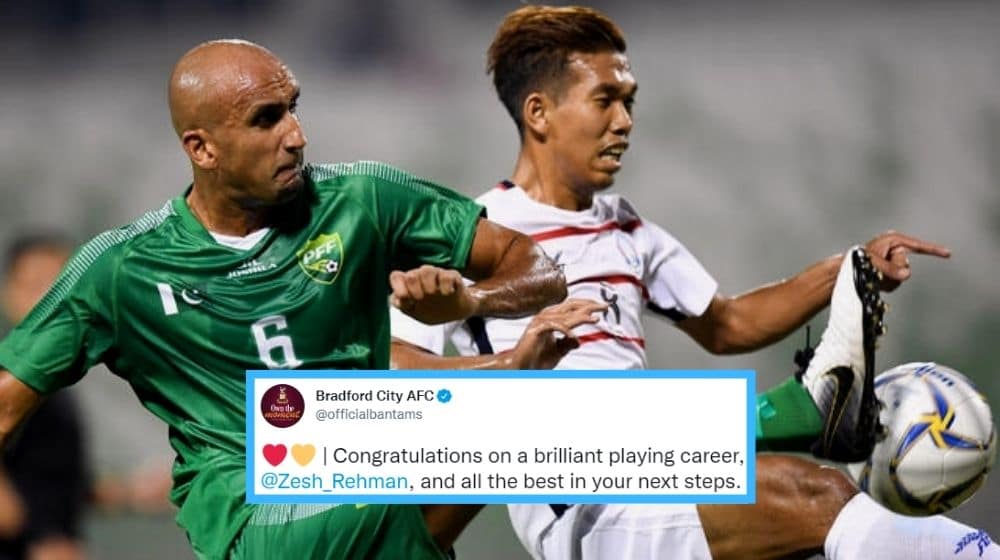 The 38-year-old hung up his boots, bringing an end to an illustrious 21-year professional career where he represented the likes of Fulham in the English Premier League and other clubs such as Norwich City, Queens Park Rangers, Brighton, and Hove Albion, Blackpool City, and Bradford City.

The center back last represented Southern District in the Hong Kong Premier League before announcing his retirement from the sport. He also represented the Pakistan national team, donning Green Jersey 25 times. He made his debut for Pakistan in 2005 and retired from the national team in 2017.

Zesh is one of the most successful footballers from South Asia. He was the first Pakistani football player to play professional football in England and also became the first British-Asian to play in the Premier League.

He took to Twitter to officially announce his retirement from the sport.

After 21 years as a pro it's time for the next chapter. I've had some amazing experiences on & off the pitch. Big thank you to my mentors, bosses, clubs, coaches, team mates & fans who made it a memorable journey. The dream must be always be greater than the memory 🇬🇧🇹🇭🇭🇰🇲🇾 🇵🇰 pic.twitter.com/n7NuRrHfv6

Zesh received hundreds of wishes from the footballing community including English football clubs, Bradford City and Gillingham FC as they wished him the best of luck for the future.

❤️💛 | Congratulations on a brilliant playing career, @Zesh_Rehman, and all the best in your next steps. #BCAFC https://t.co/xn1t1xMP7U

All the best for your next chapter, @Zesh_Rehman! 👍#Gills https://t.co/yXt3LLZ7Tf