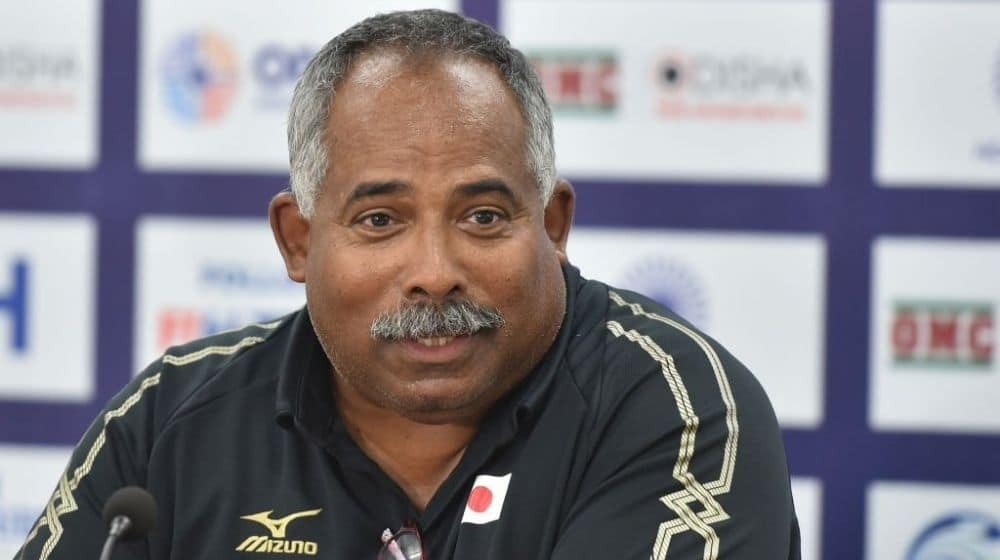 Debate sparked over the negligence towards the national sport as the national coach wore a Pakistan cricket cap at the Hockey Asia Cup 2022. Siegfried Aikman wearing the cap with PCB’s logo has raised questions about the management of the Pakistan Hockey Federation (PHF).

In the ongoing Hockey Asia Cup held in Indonesia, the national team’s coach Siegfried Aikman was caught on the camera wearing the national cricket team’s cap. It is against the basic rules of a sport if any player or official wears the logo of any other sport.

The incident suggests that the game of hockey in Pakistan is so in the background that the national team does not even have its own official cap. While the matter reflects the negligence of the management, it is also strange to notice that the issue has neither made headlines in the sports pages nor did anyone take action against it.

This is the reason why the national game of Pakistan is reeling behind in the shadows of the limelight of cricket.

The coach of Pakistan Hockey team wearing cap of Pakistan Cricket team. Don’t we have an official cap for our own Hockey side? pic.twitter.com/97oFtCm4eP

Moreover, a team that once ruled the world of hockey has failed to qualify for the Hockey World Cup which does not bode well for the future of the sport in Pakistan.