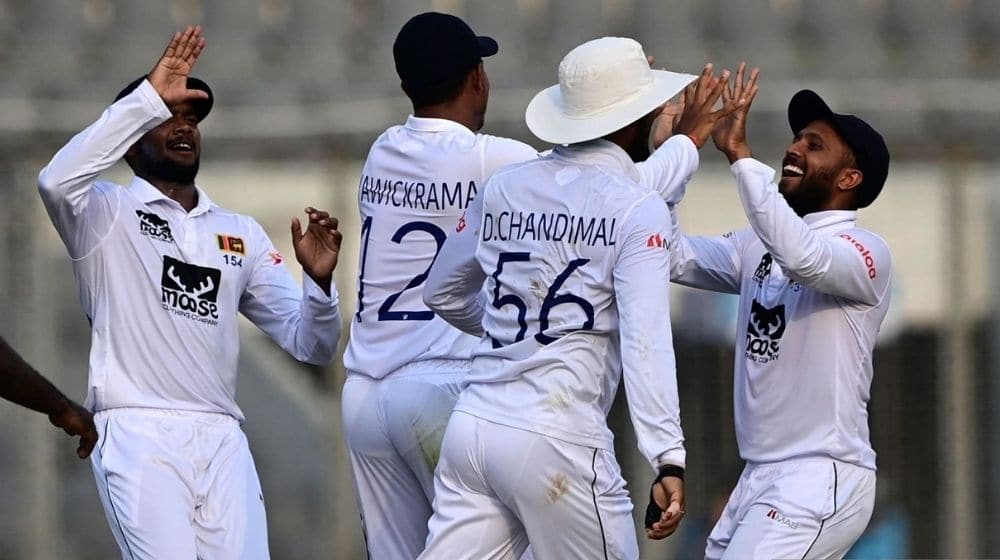 Sri Lanka has moved ahead of Pakistan in the latest World Test Championship points table after a resounding win against Bangladesh in the second Test between the two sides.

Sri Lanka defeated Bangladesh by 10 wickets as Karunaratane’s side registered a 1-0 win series win over the hosts in the two-match Test series.

Bangladesh started the Test match brilliantly as they registered 365 runs in the first innings courtesy of magnificent centuries by Mushfiqur Rahim and Litton Das. Sri Lanka struck back with Angelo Mathews and Dinesh Chandimal smashing centuries as well as they took a 141-run lead in the first innings.

The Tigers were unable to put in a similar performance in the second innings as Sri Lankan bowlers ran riot in Mirpur. The home team was bundled out for 169 runs as Sri Lanka required only 28 runs to win the match in the final innings on the final day. They chased it down within 3 overs as Bangladesh succumbed to an embarrassing series defeat at home.

As a result, Sri Lanka has moved up to the fourth spot in the WTC as they look to finish within the coveted top two spots in the competition. Bangladesh, on the other hand, stays at the eighth spot with 16.67 percent of points after 4 series.