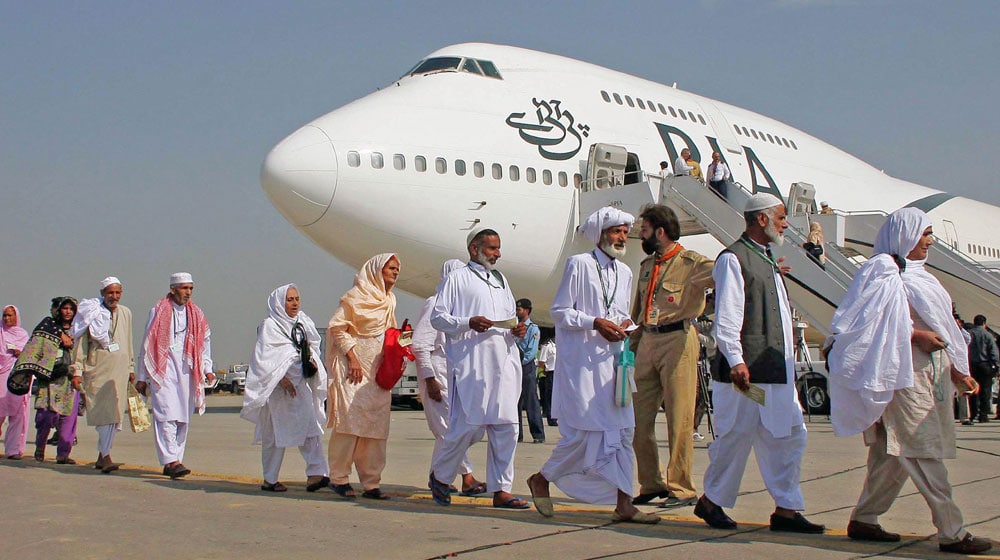 The Hajj flight operations are likely to face a delay this year due to the non-issuance of Hajj policy by the Ministry of Religious Affairs and Interfaith Harmony.

The policy is usually announced one month before the Hajj, but it has faced unusual delay this year due to the apparent mismanagement in the administrative measure for hajj operations.

The Hajj flight operations are scheduled to start on 31 May. However, the delay in flight operations policy has raised concerns from the national flag carrier – Pakistan International Airlines – and private airlines.

Earlier, PIA said that it would operate 297 flights between 31 May and 13 August from eight cities, including Karachi, Lahore, Islamabad, Faisalabad, Sialkot, Multan, Peshawar, and Quetta.

However, the national career is likely to announce a later date for Hajj operations as it has yet to provide any details on Hajj packages or expenses to the intended pilgrims.

The quota for public and private Hajj operators has also not been decided yet.

As many as 31,253 citizens will perform Hajj this year under the government scheme and 1,000 people on a special quota, the government announced on 15 May. The Kingdom of Saudi Arabia allowed a total of 81,132 Pakistanis to perform the holy pilgrimage this year.

A total of 63,604 applications for the government Hajj scheme were received online and from the designated banks during the stipulated period this year.

This year the total Hajj cost was expected to be Rs. 700,000 to Rs. 1 million, according to the religious ministry’s spokesperson, Muhammad Umar Butt.

The kingdom eased travel restrictions for pilgrims from Pakistan in February this year after a downward slide in coronavirus cases.

However, the protocol of wearing face masks and vaccination is mandatory. The kingdom has set the age limit of 65 years for performing Hajj.