The Pakistani Rupee (PKR) shattered its previous record low against the US Dollar (USD) and posted losses in the interbank market today.

It depreciated by 0.74 percent against the USD and closed at Rs. 203.86 after losing Rs. 1.50 in the interbank market today. The local unit hit an intra-day high of Rs. 201.37 against the USD during today’s open market session. 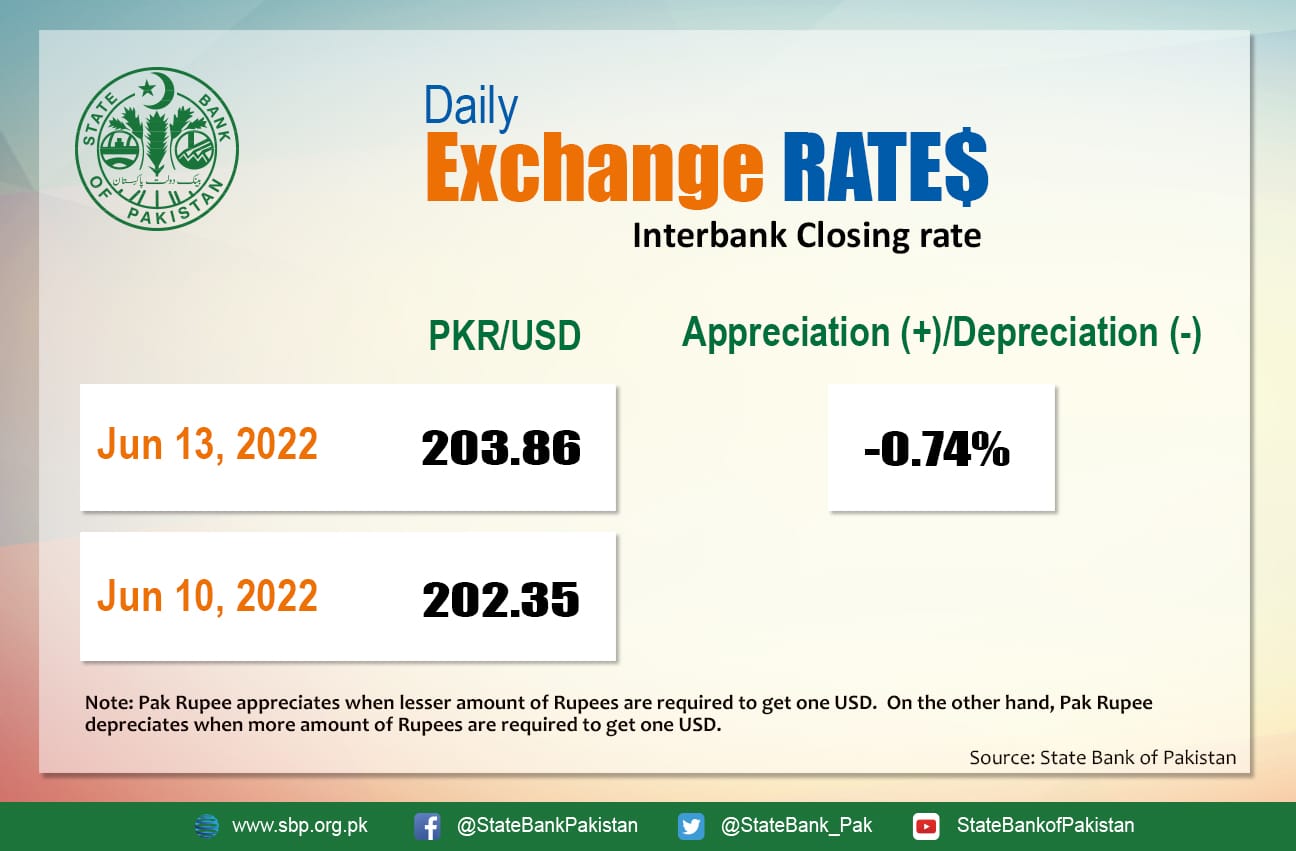 The rupee crashed against the dollar for the second consecutive day after the government unveiled the federal budget for the fiscal year 2022-23. While the said budget was initially observed as a big step toward the revival of the $6 billion bailout program from the International Monetary Fund (IMF), some prominent economists suggest it is the other way around.

Globally, Brent crude dropped below the $120 level after briefly peaking at $124.3 on Friday, while the US West Texas Intermediate (WTI) settled below $118 per barrel. It is noteworthy that both benchmarks closed on Wednesday at their highest since March 8, matching levels seen in 2008. Today’s drop was supported by warnings of a ‘ferocious’ spread of COVID-19 in Beijing, casting doubt on the immediate demand recovery for crude.

Similar to the forex downfall, Pakistan equities witnessed a panic-struck sell-off during the early hours of trade on Monday, crashing to its lowest ever tally in over four months. The benchmark KSE-100 lost over 1000 points after opening trade at 42,069.65. The top bourse appeared bearish from the opening bell and immediately dropped into the red zone after shedding 1045 points.

The PKR reversed losses against most of the other major currencies in the interbank market today. It gained 50 paisas against the Canadian Dollar (CAD), Rs. 1.40 against the Euro (EUR), Rs. 1.72 against the Australian Dollar (AUD), and Rs. 3.19 against the Pound Sterling (GBP). 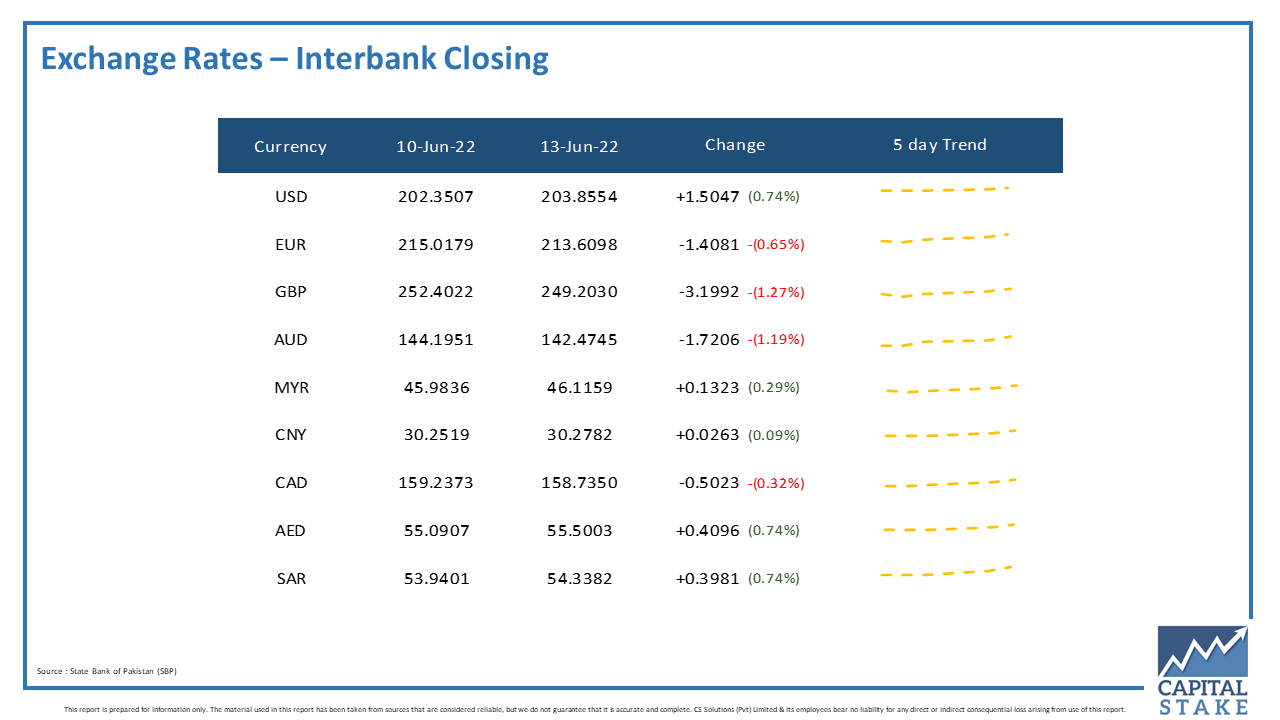