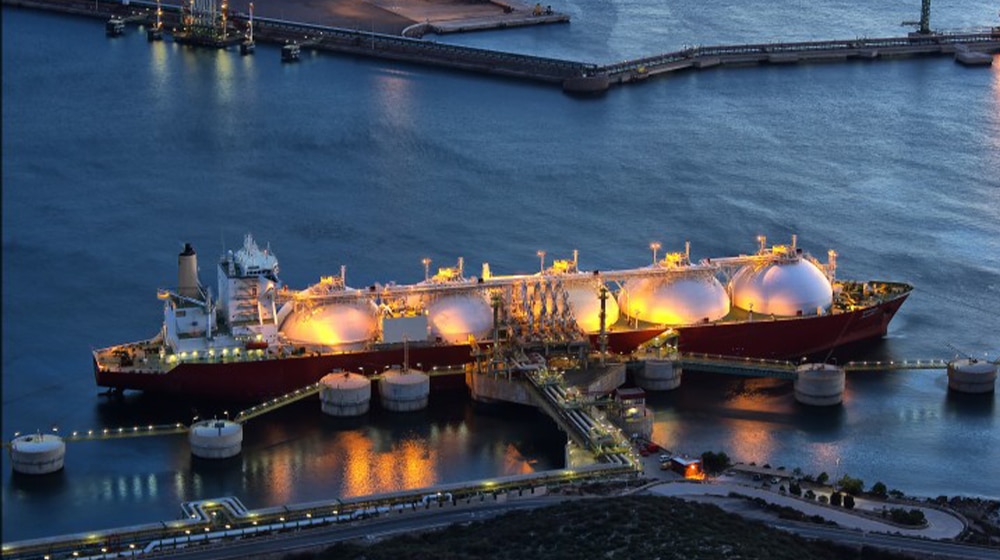 While Europe’s push to boycott Russian fuel is intended to ‘discipline’ Moscow for its invasion of Ukraine, the move also threatens the stability of Pakistan.

According to Bloomberg research, Pakistan took particular measures to protect itself from all sorts of bombshells that are currently shaking the market. It invested heavily in liquefied natural gas (LNG) and inked long-term contracts with suppliers in Italy and Qatar.

Some of those suppliers have now defaulted, albeit they continue to sell into the more affluent European market, putting Pakistan in the meticulous situation it so desperately tried to avoid in the first place.

ALSO READ
Rupee Plunges to New Low Against US Dollar As IMF, FATF and Oil Prices Cause Panic

The country’s LNG expenses might exceed $5 billion in the fiscal year ending in July, more than double the previous year. The International Monetary Fund (IMF) also wants Pakistan to slash the energy subsidies. Parts of Pakistan are currently suffering scheduled blackouts lasting more than 12 hours in the scorching summer weather.

In an insightful thread, Bloomberg’s Stephen Stapczynski presented a detailed background of how Pakistan ended up in troubled waters.

EU's energy policy is designed to punish Moscow for the war in Ukraine. But it's also wreaking havoc thousands of miles away as Pakistan grapples with a gas shortage

Years ago, Pakistan was considered the LNG industry’s future. By the mid-2010s, demand for the fuel plateaued in developed markets and LNG suppliers were looking for new markets, and at the same time, new gas fields had reduced fuel prices.

Poorer countries could finally consider LNG at the new, cheaper rates. Suppliers focused on these new markets, and when Pakistan entered the race for long-term LNG supply, companies wanted in.

Pakistan chose Italy’s Eni SpA and trading house Gunvor Group for LNG supply for the next decade in 2017. The terms were favorable at the time, and the prices were cheaper than a similar contract struck with Qatar in 2016.

However, with the surge in European gas prices the two suppliers have canceled more than a dozen cargoes booked for delivery between October 2021 and June 2022.

Pakistan’s contracts with Eni SpA and Gunvor stipulated for a relatively modest 30 percent cancellation penalty, most likely in return for cheaper rates. Prices in the European spot market are now high enough to more than outweigh these penalties.

According to Bloomberg data, an LNG shipment for May delivery to Pakistan under a long-term contract would cost $12 per million British thermal units. In comparison, May delivery spot cargoes to Europe were trading for more than $30MBtu, where Eni and Gunvor have kept their promises to clients in the region.

This has pushed Pakistan back to square one, in a worse bargaining position than before.

There isn’t much hope for immediate recovery. LNG prices have risen by more than 1,000 percent in two years, first due to the post-COVID release, and then Russia’s invasion of Ukraine. Russia is Europe’s largest natural gas supplier, and the possibility of a supply crunch has driven spot rates to record-breaking levels.

For what it’s worth, it is safe to say that the supply shortage will extend beyond blackouts in Pakistan. The government has diverted current natural gas supplies to power plants, undercutting fertilizer manufacturers which rely on fuel as a feedstock.

This measure might jeopardize the next harvest, resulting in even higher food prices the following year. Cellphone towers are utilizing backup generators to keep service operating during blackouts, but they are also running out of gas.

Prime Minister Shehbaz Sharif has directed the state-owned importer to obtain the fuel at whatever cost in order to end the devastating blackouts. Pakistan is also attempting to negotiate new long-term LNG purchase contracts, the conditions will almost certainly be harsher than they were six years ago.

The cost is having its own ripple effect. The government is now in significant danger of default, according to the Institute for Energy Economics and Financial Analysis. Moody’s Investors Service reduced Pakistan’s outlook from stable to negative, citing financial risks such as a delay in an IMF bailout.

From the outset, Pakistan’s reliance on LNG has aggravated the country’s energy predicament. Pakistan is not alone. Emerging economies throughout the world are trying to satisfy their requirements within the restrictions of their finances. It has also compelled them to purchase energy from Russia, mitigating the consequences of Europe’s efforts to isolate them.

Pakistan’s problems spell ill for other cash-strapped buyers such as Bangladesh and Myanmar. Bangladesh’s state-owned utility recently purchased the country’s most costly LNG supplies on the spot market to keep the grids functioning and industry stocked, while Myanmar has suspended imports for the previous year owing to price hikes.