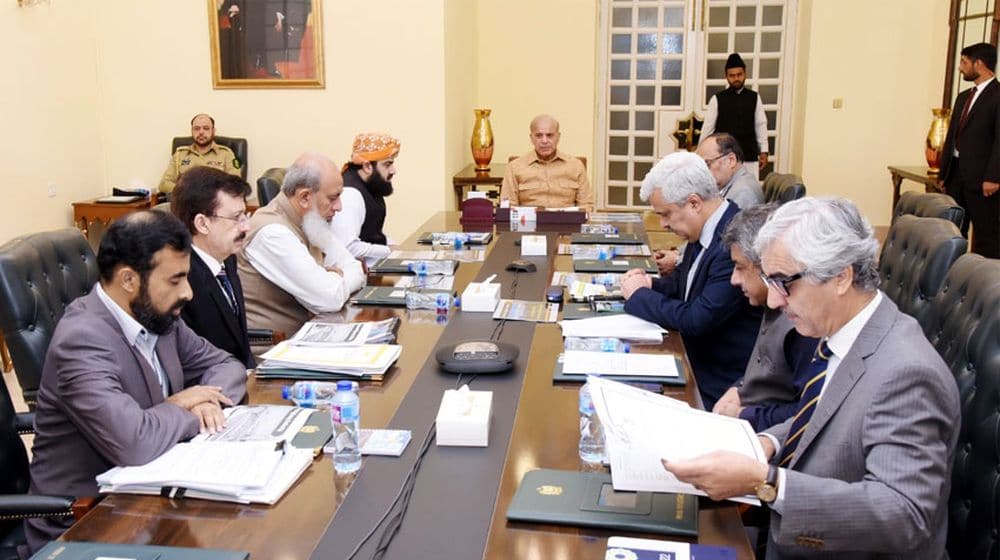 He chaired a review meeting on the progress of the ongoing construction projects of the National Highway Authority (NHA) in Islamabad on Thursday. He also gave the directive for work on Karakoram Highway’s Thaha Kot-Rai Kot Section, Babusar Tunnel and Khuzdar Kuchlak Road to be started at the earliest.

The premier said the procedure for awarding contracts for projects should be made more transparent and stressed that Pakistan cannot afford further stalemates in development projects. The development journey in the last four years had been halted due to criminal negligence, he claimed.

The PM also asked the concerned quarters to get assistance from Pakistani embassies for the verification of international companies. He said it is the responsibility of the concerned agencies to make every effort to save Pakistan’s time and money.

PM Sharif approved the formation of a committee to improve the procurement process.

The meeting was attended by the Federal Ministers, Ahsan Iqbal, and Maulana Asad Mehmood; the Advisor to the PM, Ahad Cheema; the Chairman of the NHA, Capt. (Retd.), Muhammad Khurram Agha; and concerned senior officials.

The PM was apprised about the Sukkur-Hyderabad Motorway project.

The meeting was informed that the M-6 Sukkur-Hyderabad Motorway is an important section of the Karachi-Peshawar Motorway and work on it had been stalled because of the tardiness of the previous government. The 306 km long six-lane motorway will pass through six districts with 15 interchanges. The establishment of the motorway will reduce travel time, save fuel, and facilitate access to Karachi ports for exports from all over Pakistan. Work on the project will start within six months and will be completed in two and a half years.

Regarding the 250-km Karakoram Highway (Thaha Kot-Rai Kot Section), the attendees were informed that work on its feasibility report is underway, and it will be completed within seven months. The highway will increase the flow of commercial traffic between Pakistan and China.

As for Babusar Tunnel, the attendees were briefed that apart from the tunnel, a complete section of a 66 km long road will be constructed, and the existing road will be rehabilitated. Snow galleries will also be built on this section of the highway for the smooth flow of traffic during snowfall.

PM Sharif termed the project as ‘crucial for the promotion of tourism in the Northern Areas’ and called for the project to be completed following international standards. He was also briefed about the procurement procedure.

The premier formed a nine-member committee to formulate comprehensive proposals to improve and streamline the procurement process. It will comprise the Ministers for Communications and Housing, the MD of the Public Procurement Regulatory Authority (PPRA), and the Chairman of the Pakistan Engineering Council (PEC). He directed the committee to submit its action plan within a month.