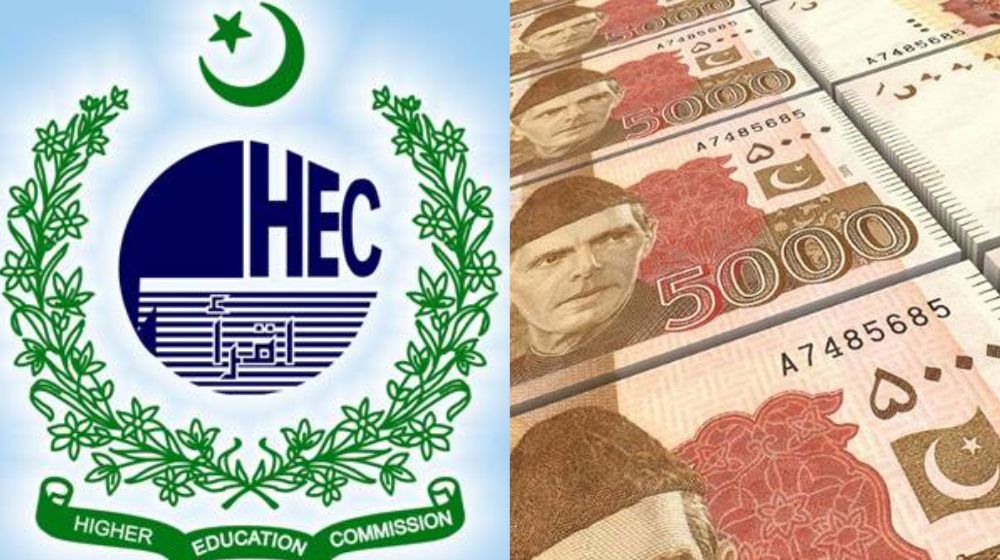 While the Higher Education Commission (HEC) is continuously requesting the government for an increase in its annual budget, the commission has given millions of rupees to a handful of employees.

According to a report, HEC’s Executive Director (ED), Dr. Shaista Sohail, has approved an amount of Rs. 5 million for 31 ‘outstanding’ employees of the commission. Note here that the ED is also the Principle Accounting Officer of the HEC under the HEC Act.

When asked to provide the reasons behind giving such an amount to limited employees, the HEC said that the amount has been given to these employees for their ‘extraordinary’ performance in achieving the targets of an ongoing project of the commission.

The commission clarified that these employees additionally served in HEC’s Higher Education Development in Pakistan (HEDP) Project and demonstrated ‘outstanding’ performances in achieving the key goals of the project.

On the other hand, some of HEC’s employees have claimed that the HEC had recruited hundreds of employees for the HEDP Project. The commission has rewarded its ‘blue-eyed’ employees on the pretense of meeting specific goals of a project.

HEDP Project was launched in FY 2019-20. It is a five-year program and is partially funded by the World Bank. It will be completed in 2023-24. The HEDP Project is being implemented across the country. Its aim is to improve the governance in the higher education sector of Pakistan.