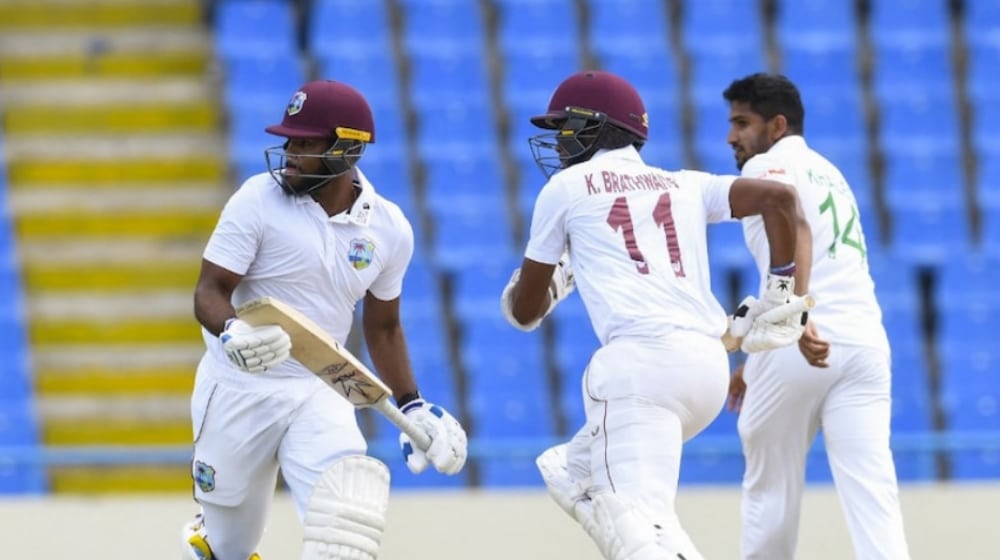 West Indies clinched an easy win over Bangladesh as the visitors failed to recover from the early collapse. The first Test between Bangladesh and West Indies ended with the hosts winning by 7 wickets.

West Indian bowlers wreaked havoc on Bangladesh in the first innings with the visitors getting bundled out for 103 in 32.5 overs. The bowlers shared the scalps while the skipper Shakib-ul-Hasan’s fifty proved to be the only resistance from the batting side.

West Indies were decent in reply as skipper Kraigg Brathwaite provided a steady start before falling at 94. Jermaine Blackwood chipped in with a fifty to push West Indies to 265. Mehidy Hasan Miraz picked up 4 wickets.

While Bangladesh were better in their second outing with the bat, they could not make up for first innings deficit. West Indies celebrated a fifer for Kemar Roach, while Bangladesh scored 245 runs due to Shakib-ul-Hasan and Nurul Hasan’s half-centuries. Paying the price of the damage done earlier, Bangladesh only managed an 84-run lead which West Indies comfortably chased down despite an early scare as they were reeling at 9/3.

Though the victory has lessened the gap between Pakistan and West Indies, Pakistan still sit at 5th position while Australia remain the table toppers.