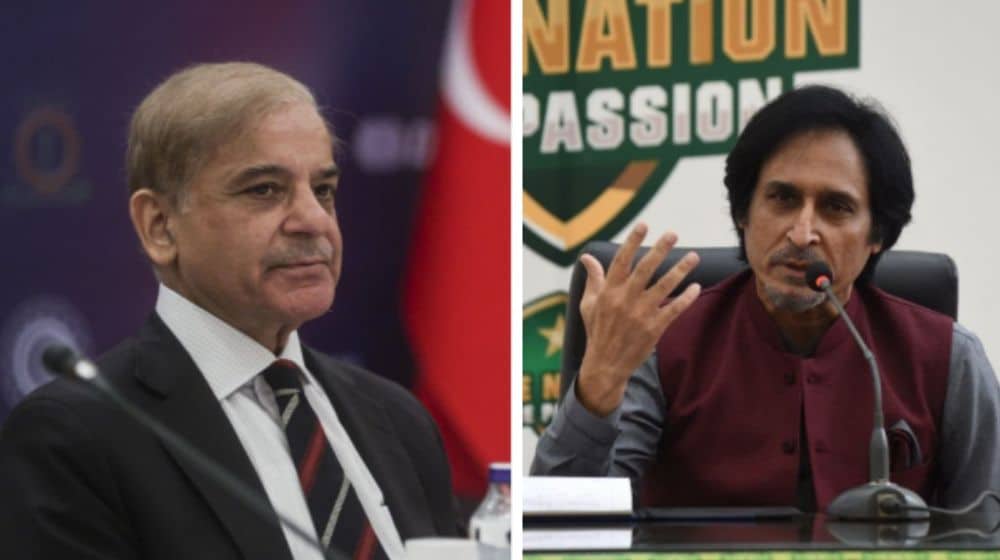 Prime Minister, Shehbaz Sharif has shown his trust in the Pakistan Cricket Board Chairman, Ramiz Raja, saying there are far more pressing issues at hand and that he has no plans to change him.

According to the details, PM Shehbaz Sharif recently met with former Pakistan Cricket Board (PCB) Chairman, Khalid Mahmood, and discussed the appointment of a new chairman of cricket’s governing body.

They also discussed different names, including Najam Sethi, Zaka Ashraf, and Mahmood himself, for the role of the next chairman of the national cricket governing body, reports said.

Following the success of the No-Confidence Motion against Imran Khan, the new government was expected to appoint former PCB Chairman, Najam Sethi, as the new chairman because of his relationship with the ruling party.

Recently, Ramiz Raja, while responding to a question regarding his fate as chairman, said that it will only be a dream for Najam Sethi as he will complete his tenure as chairman.

Last month, Rana Mashood Ahmad, member of the Punjab Provincial Assembly for the PML N, advised Ramiz to resign from his post as the government was dealing with several major issues and could not make a decision regarding PCB.

Ramiz Raja had also told board officials in a meeting days after the change in government that he had been given the green light and that he would continue to serve as PCB’s chief.