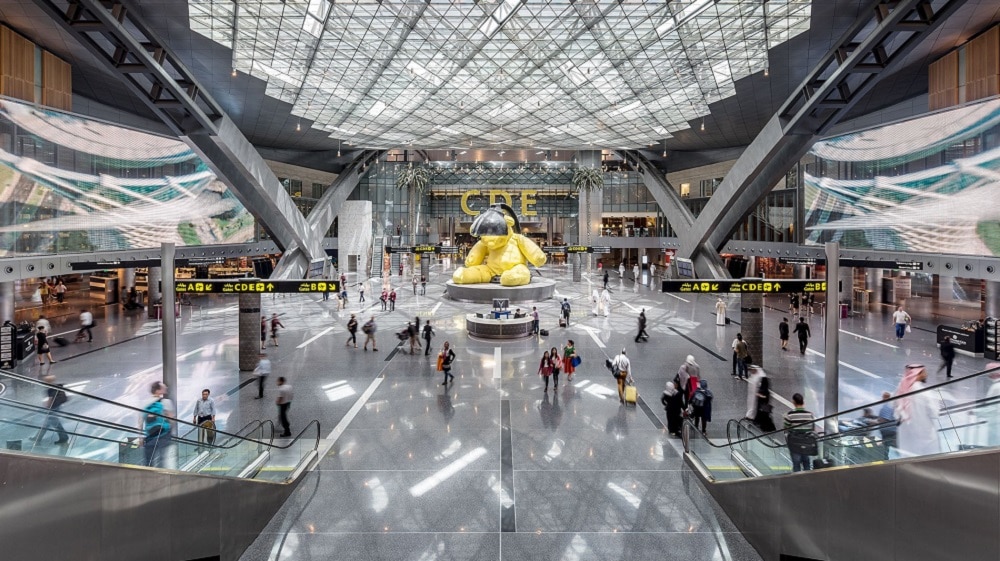 Qatar’s Hamad International Airport has once again won the award for the World’s Best Airport at the World Airport Awards held by Skytrax, a UK-based consultancy firm that runs an airline, airport review, and ranking platform.

Regarded as the Oscars of the airport industry, the 2022 World Airport Awards were organized at the Passenger Terminal Expo, the world’s largest annual airport exhibition, in Paris.

Speaking in this regard, Badr Mohammed Al-Meer, Chief Operating Officer (COO) of Hamad International Airport, said that he is thrilled that Qatar’s main gateway to the world has been named the best global airport.

Edward Plaisted, Chief Executive Officer (CEO) of Skytrax, lauded the contribution of the management, staff, and stakeholders of Hamad International Airport towards achieving this award for the second year in a row.

Skytrax’s World Airport Awards serve as a benchmark for the global airport industry. To finalize the awards, Skytrax assesses the customer services and facilities of more than 550 airports.

Let’s have a look at the top 10 airports.