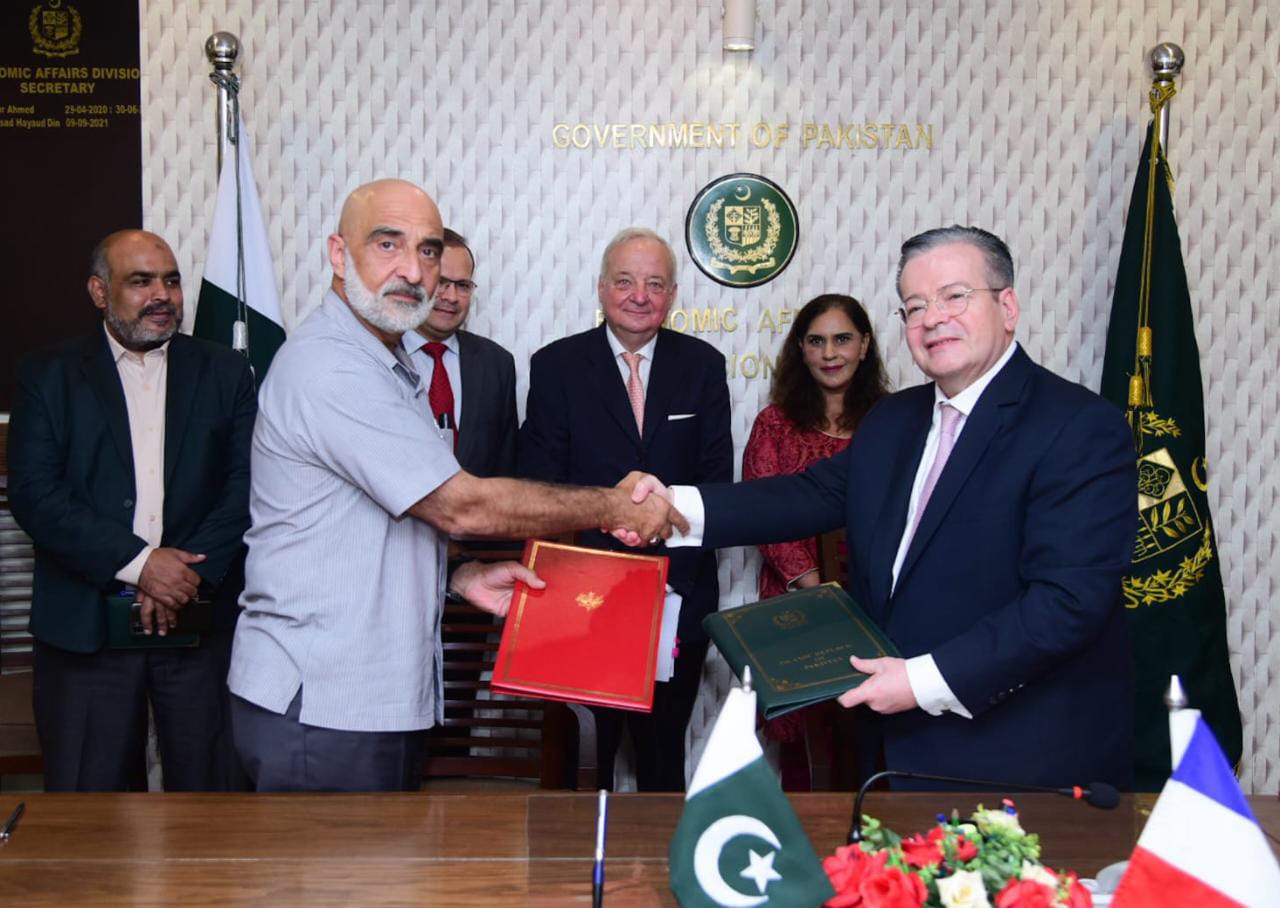 This amount, initially repayable between July and December 2021 will now be repaid over a period of six years (including a one-year grace period) in semi-annual installments.

The agreement was signed by Mr. Mian Asad Hayaud Din, Federal Secretary for Economic Affairs Division and H.E. Nicolas Galey, the Ambassador of the French Republic to Pakistan in Islamabad today.

The GOP has already signed agreements with the French Republic for a suspension of USD 261 million. Due to the support extended by the development partners of Pakistan, the G-20 DSSI has provided the fiscal space which was necessary to deal with the urgent health and economic needs of the Islamic Republic of Pakistan. The total amount of debt that has been suspended and rescheduled under the DSSI framework, covering the period from May 2020 to December 2021, stands at USD 3,688 million.

Pakistan has already concluded and signed 93 agreements with 21 bilateral creditors for the rescheduling of its debts under the G-20 DSSI framework, amounting to a rescheduling of almost USD 3,150 million.

The signing of the above-mentioned agreements brings this total to USD 3,257 million. Negotiations for the remaining agreements to be signed under the G-20 DSSI are ongoing.