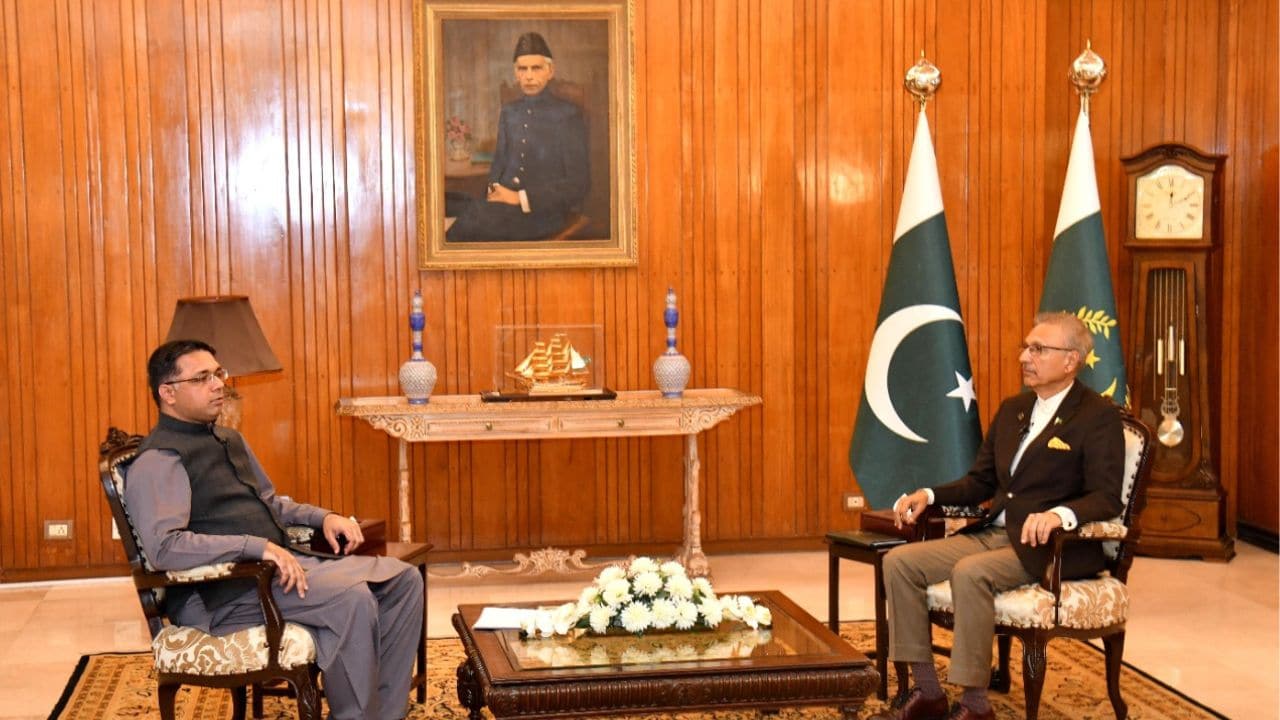 The role of leadership is very crucial in challenging times; it is about understanding issues and being persistent in the pursuit of solutions. If the leadership is clear-headed, it can lead the nation on the path to progress.

This was stated by Dr. Arif Alvi, President of the Islamic Republic of Pakistan, in an exclusive interview with Muhammad Azfar Ahsan, CEO and Founder, Corporate Pakistan Group and Nutshell Group.

He said that stability in the economy does not happen overnight; it needs sustainable efforts for an elected government based on competent people with the right skill set to address issues of public interest.

In Pakistan, unfortunately, public representatives become part of the assemblies on the basis of relationships in different communities.

Dr. Alvi said that the Charter of Economy seems a very promising idea for the stability of the economy, but it is challenging in a country where different political parties have starkly different political ideologies; however, the best course of action for economic progress is a democratic setup which is empowered through votes.

Pakistan has fared far better than world economies during the last few years, particularly during the COVID-19 pandemic, the President said. He hoped that Pakistan will soon get out of the ongoing crisis, which has a lot to do with global inflationary trends as well as domestic uncertainties.

“I am optimistic that the situation will get better in Pakistan, which was first the victim of a long wave of terrorism that kept the foreign investors at bay. By the grace of God, we fought well against terrorists and prevailed. Then the COVID-19 pandemic came, and Pakistan fought that battle well too,” the President further said.

He emphasized that the adoption of knowledge and technology in the system is needed to bring change in our society, and this can be pursued better by the private sector than government institutions, but the policies should be consistent, and their implementation should be speedy.

Dr. Alvi said that he is a firm believer that the focus of Parliament and leadership should be on access to education for the masses. “There is a huge gap in education in Pakistan; it is going to be the single biggest issue in the next ten years. Uneducated people should receive suitable skills, and those with a mediocre educational background should be equipped with a better skill set,” he added.

The President praised the overseas Pakistanis for their unwavering support and valuable contribution to the economy, urging them to provide intellectual support for the empowerment of the Pakistani people, mainly through education.

The overseas Pakistani diaspora comprises workers, largely in the Middle Eastern countries, but a significant section, of up to 10%, is well settled in different countries; they can play a significant role in the development of Pakistan, the President said.

“I requested them to adopt health and education institutions in Pakistan as the world needs human intellect. For instance, in cyber defense and cyber protection, the world needs 80 million professionals. I told them that every professional they train in this field will get work. There are so many other fields that need human resources,” he added.

Speaking about the geopolitical situation, Dr. Alvi opined that Pakistan should follow a smart approach that must be independent while avoiding a definite tilt towards a specific bloc. To withstand pressures from different sides, he said that the economy needs to stand on its own feet. Plus, we must prefer sovereignty (khuddari) for the nation.

To a question about the growing polarization in Pakistani society and what should his role be as the head of the state, Dr. Alvi replied that he may not be able to convince the most polarized people to change their views, but he can unite the less polarized people around national causes.

“In COVID times, I did my best to keep Ulemas on board, and it worked very well. What we decided with the religious fraternity in Pakistan, the Muslim world followed the same later, e.g. keeping the mosques open for prayer during the pandemic,” Dr. Arif Alvi said.

He mentioned that the Presidency played a role in raising its voice on the issue of women’s right to inheritance. It also provided significant support to the PM Digital Skills Program, in which 24 million people participated, and a significant number of them are making good money to support their families.

Regarding the future of Pakistan, Dr. Alvi said that the country is destined for development and prosperity due to its remarkable potential, but its institutions should be strengthened on a sustainable basis. A knowledge-based Pakistan needs less brick-and-mortar investment and more intellectual investment, he said.

The nation should elect a good leader, and it is then up to the leadership to establish institutions and rid Pakistan of people with the vested interests, he concluded.