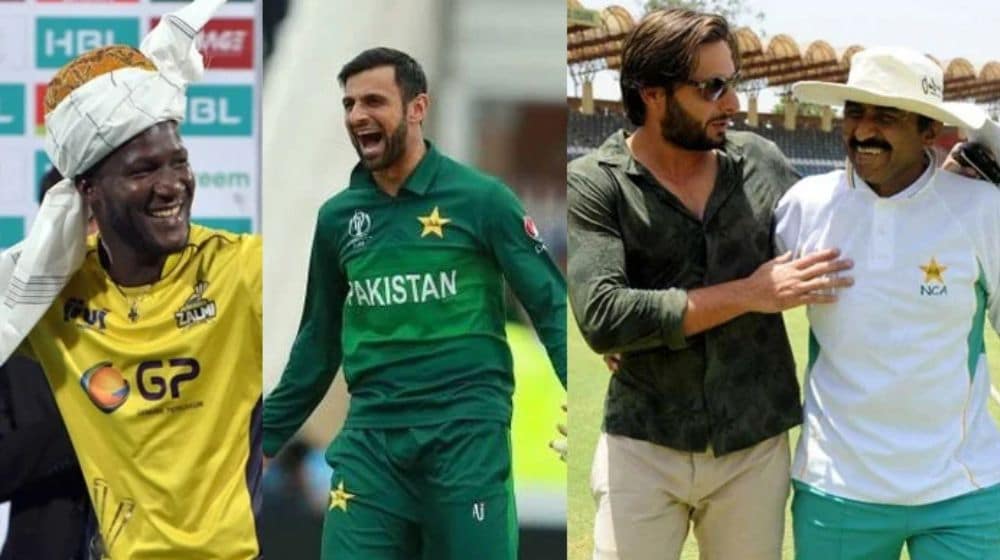 The Pakistan Cricket Board (PCB) Chairman, Ramiz Raja, has announced former cricketers as icon players for the upcoming inaugural edition of the Pakistan Junior League.

Speaking in a media talk at National Stadium Karachi, Ramiz said, “We have selected former cricketers Shahid Afridi, Shoaib Malik, and Daren Sammy as icon players while Javed Miandad will supervise the league.”

Earlier this year, the PCB Chairman officially announced the launch of the Pakistan Junior League, in which six city-based franchise teams will compete in a 19-match competition at the Gaddafi Stadium from October 1 to 15.

Speaking about the development, Ramiz stated that it is a proud moment for the cricket board that the first-ever junior league is being launched, and he hopes that it will produce positive results over the next three years.

Ramiz, while defending his initiative, added that the Pakistan Junior League, where young cricketers will be guided and assisted by knowledgeable coaches and mentors, will create backup stars for the Pakistan team.

Speaking about the legendary batter, Javed Miandad, Ramiz said that he played cricket with him for years and that he was a great player who would bring about positive change in young cricketers’ techniques.

Ramiz further said that it was a challenging chapter for the cricket board to set up a junior league but 30 companies have shown expression of interest which shows the credibility of the Pakistan Cricket Board.