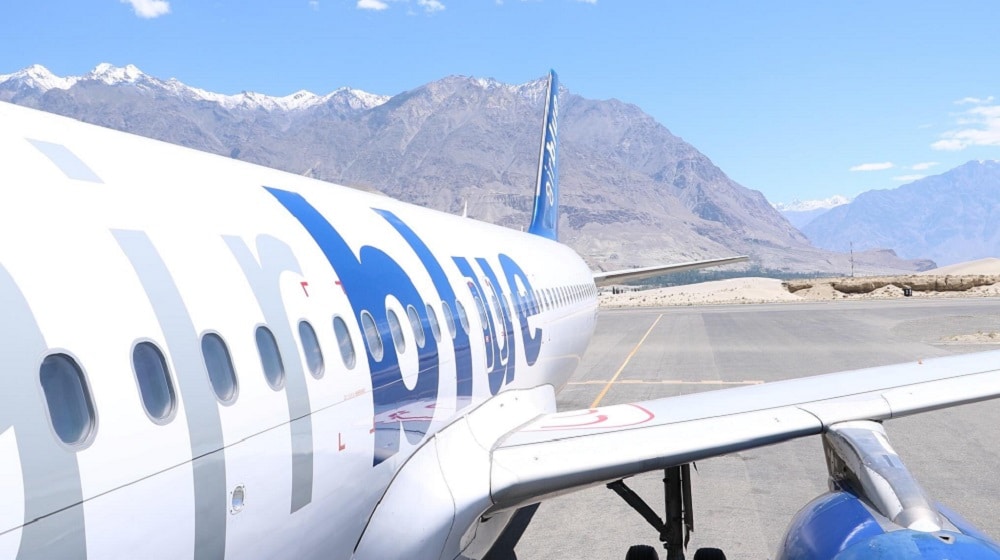 Airblue has announced to start direct flights between Skardu and Islamabad after receiving regulatory approval from the Civil Aviation Authority (CAA).

According to details, Airblue will operate three flights per week on the route. The flights will be operated every Tuesday, Thursday, and Saturday.

The first flight is set to take off from New Islamabad International Airport on 5 July, Tuesday. The fare for a one-way ticket for the route will start from Rs. 13,806.

The development comes a couple of weeks after the CAA had announced to give licenses to 17 airlines to operate tourist and chartered flights in the country.

GREAT NEWS !
We are now offering 3 weekly flights between skardu and Islamabad

Book your ticket and enjoy the scenic view of Skardu with us! #airblue #skardu #FlyingRedefined #Islamabad pic.twitter.com/CaFTBF8lMC

In a relevant development from earlier this week, the National Command and Operation Center (NCOC) had once again declared the practice of facemask wearing in public transport all over the country mandatory.

In an official statement, the National Institute of Health (NIH) had ordered the public to wear facemasks during traveling on flights, railways, and other public transport vehicles.