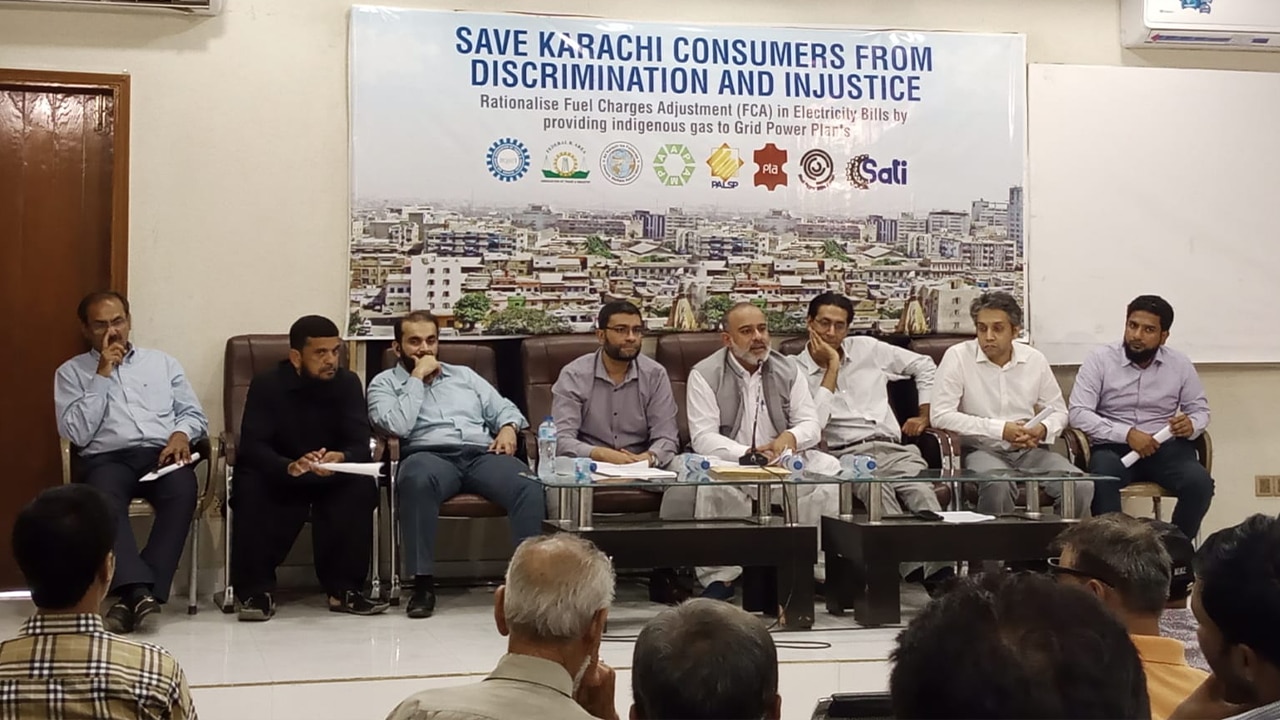 The representatives of eight trade and industrialists’ associations held a joint press conference at Karachi Press Club urging the government for its immediate intervention in ensuring affordable electricity to industries in Karachi for saving businesses, export productions, and livelihoods of millions of people.

The associations urged the federal government to instruct SSGC for providing the indigenous gas to Karachi Electric at approved rates from Oil and Gas Regulatory Authority (OGRA) and ensure that the natural gas allocation policy is followed in letter and spirit.

They said they believed that millions of residents in Karachi were being treated with discrimination and injustice which might result in severe fallouts for the country’s huge population and its overall economy.

Electricity is becoming increasingly unaffordable for the masses and industrialists of Karachi. If this disparity is not rectified, it is feared that the worsening situation may trigger unemployment that can lead to social backlash across the city.

During the press conference, it was highlighted that high Fuel Charges Adjustments (FCA) are being charged by Karachi Electric in the monthly bills to industrial and residential consumers from September 2021. FCA is a pass-through cost that accounts for variable fuel prices and is received from end consumers across the city.

They noted that the overall cost of electricity had gone beyond the affordability of consumers of Karachi as the production of the electricity was being carried out through RLNG rather than indigenous gas.

It was mentioned that the violation of the gas supply priority list was resulting in expensive electricity unit charges for 25 million residents and 40,000 industries of Karachi.

Standing as a gross violation of the decision taken by the federal cabinet committee on energy in 2018 under the chairmanship of Shahid Khaqan Abbasi, SSGC is currently providing 100 MMCFD of RLNG to K-Electric for power production. During the committee’s decision, SSGC was directed to provide at least 130 MMCFD of natural gas to KE.

In stark contrast to the decision, SSGC is currently supplying gas at RLNG rates which increased by 5 times higher during the past few months forcing KE to produce expensive electricity. As a result, it is translating into higher electricity bills for consumers which are becoming an unbearable burden.

Recently, K-Electric submitted a petition for an FCA of Rs. 11.33/KWH for the month of May 2022 which is expected to be reflected in the bills of August 2022.

With the base tariff increase in electricity prices by the Government of Pakistan for the upcoming fiscal year and soaring FCAS, the per-unit cost of electricity for the consumers is expected to touch around PKR 48/Unit which is not only intolerable for the residential consumers but also going to enormously increase the cost of doing business for the industrialists.

Presently, 200 MMCFD natural gas supply is being made to captive power plants at the rate of PKR 1087/MMBTU and Rs. 852/MMBTU for zero-rated export industries which are generating electricity at Rs. 13/kWh and 11/kWh respectively.

On the other hand, KE is being provided with 100 MMcfd RLNG at the cost of Rs. 4,656/MMBTU rather than natural gas pushing the company to produce electricity at an overblown cost which is set to affect 25 million residents of the city and 40,000 industries.

OGRA’s approved natural gas to the tune of Rs 857/MMbtu is the right of citizens of Karachi to be provided to the Karachi-based power plants making electricity for them as per the gas supply priority list and article 158 of the constitution.