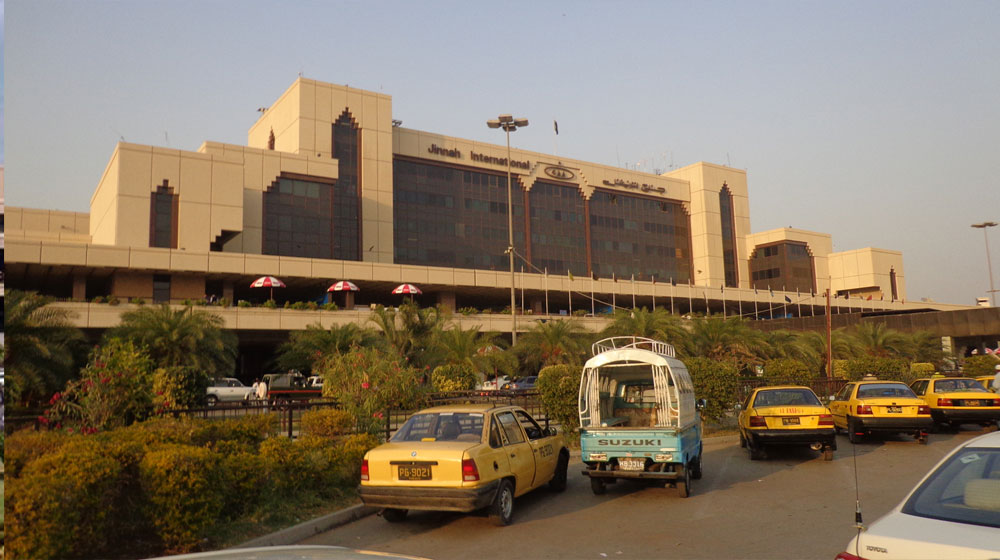 The jet developed a technical issue over the Arabian Sea. Since the nearest airport to the aircraft was in Karachi, the pilot contacted Air Traffic Control (ATC) and sought permission to land at the Jinnah International Airport.

In view of the safety of more than 100 passengers, the ATC immediately granted permission to the Indian aircraft that landed safely.

Aircraft engineers at the airport are currently examining the aircraft. Reports state that there is an issue with the jet’s fuel tank. The aircraft will receive a go-ahead once the technical fault is addressed.

Meanwhile, passengers have been asked not to leave the aircraft until the technical issue is resolved. The management of Karachi Airport has assured to facilitate the passengers in the best possible way.

In April 2020, an Indian cargo plane made an emergency landing at the New Islamabad International Airport after it nearly ran out of fuel mid-air.

The cargo plane was going to Georgia from Kolkata. It refueled and took off for its destination after staying in Islamabad for 40 minutes.

Statement from the Indian Airline

Contrary to initial reports, SpiceJet, the Indian airline whose aircraft made an emergency landing, has clarified that its plane experienced an indicator light malfunctioning.

The passengers were moved to the transit lounge and received refreshments. A replacement jet is headed to Karachi that will take the passengers to their destination.

#SpiceJetStatement: On July 5, 2022, SpiceJet B737 aircraft operating flight SG-11 (Delhi – Dubai) was diverted to Karachi due to an indicator light malfunctioning. The aircraft landed safely at Karachi and passengers were safely disembarked. >>

Although SpiceJet has claimed that no emergency was declared, sources within the Civil Aviation Authority (CAA) have confirmed that the pilot of SpiceJet flight SG-11 sought permission for an emergency landing.