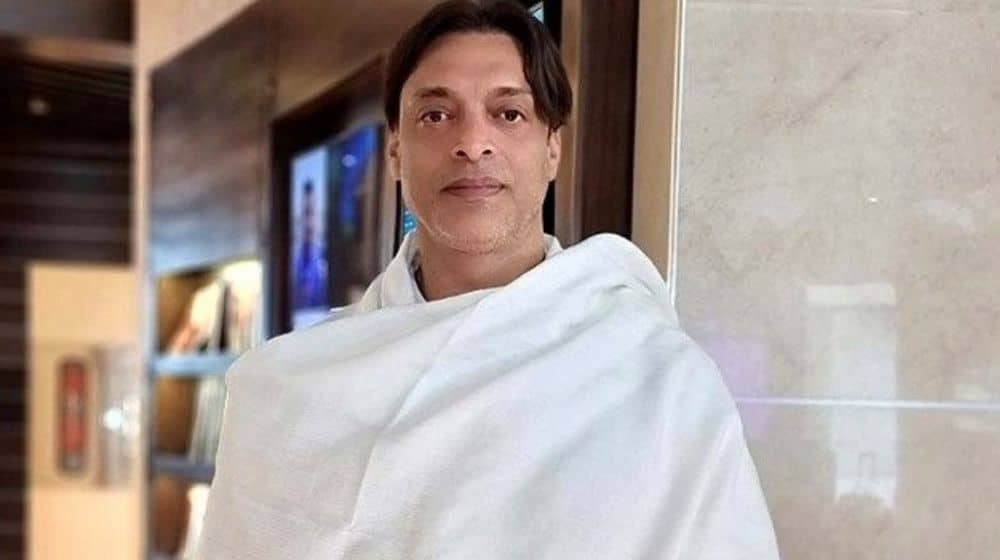 Former Pakistan pacer, Shoaib Akhtar, is currently in Saudi Arabia and has been keeping his fans updated on his trip since arriving to perform the Hajj pilgrimage as a state guest of the kingdom.

Recently, the Rawalpindi Express shared a beautiful view of the Holy Kaaba, the most sacred place for Muslims, from the top of one of the world’s tallest hotels, Makkah Clock Royal Tower Hotel.

While uploading a short video clip on his Twitter handle, the world’s fastest bowler captioned the post. “Holy Khana Kaaba view from the top of Makkah Clock Tower. Subhan Allah.”

The former star player, who represented Pakistan at the 46th edition of the Grand Hajj Symposium, is staying at the Makkah Clock Royal Tower Hotel, which is one of the tallest hotels in the world.

The former speedster will also deliver a speech during the two-day event titled “Hajj after the Pandemic: Rituals and Care,” which will feature prominent figures from the kingdom and the Muslim world.

Before leaving for Saudi Arabia, the star cricketer also met with the national squad for the Sri Lanka tour at Rawalpindi Cricket Stadium and shared his experience with the Men in Green.

Earlier this month, Shoaib Akhtar announced on his social media, “Alhamdolillah going for honorary Hajj as the state guest of Saudi Arabia. I will also be addressing the Hajj Conference attended by leaders of the Muslim world in Makkah”.