The Pakistani Rupee (PKR) dropped further against the US Dollar (USD) and posted huge losses in the interbank market today.

It depreciated by 0.50 percent against the USD and closed at Rs. 207.99 after losing Rs. 1.05 in the interbank market today. The local unit hit an intra-day high of Rs. 206.15 against the USD during today’s open market session. 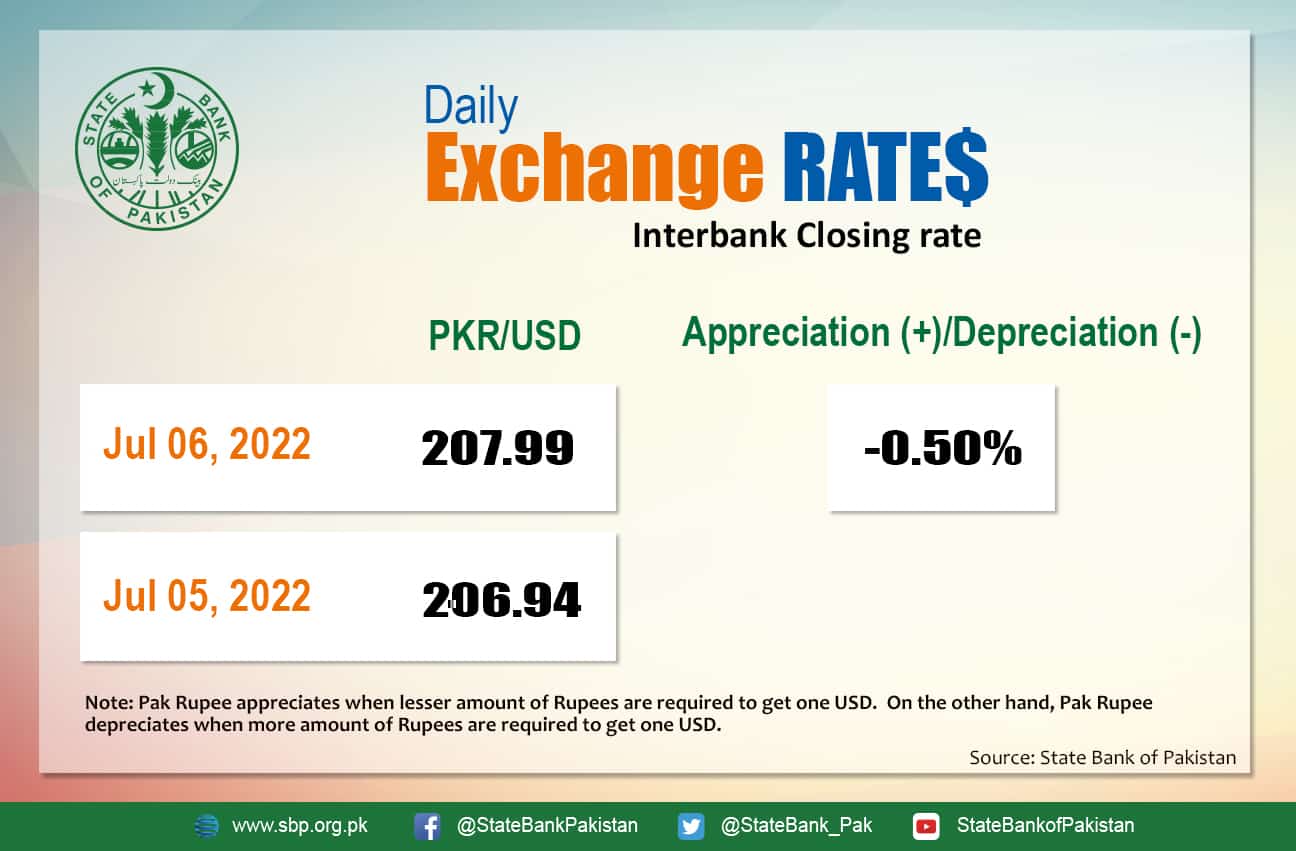 The rupee slid against the dollar for the second consecutive day today despite news that matters with the International Monetary Fund (IMF) will be settled by next week. The government recently slashed the development budget for the Armed Forces of Pakistan by Rs. 72 billion to one-fifth of the amount that was granted on 10 June to achieve the IMF’s key requirement of generating a primary budget surplus in the next fiscal year.

One of the key prerequisites for the IMF to resurrect the rescue package is a primary budget surplus of Rs. 153 billion, or 0.2 percent of the country’s output.

It is noteworthy that Pakistan received combined economic and financial targets last week for the seventh and eighth reviews of its IMF bailout package. The government received the Memorandum of Economic and Financial Policies (MEFP) for both reviews after urgent meetings between the two sides last week.

In terms of global factors impacting growth at home, oil prices rose on Wednesday, cutting back some of Tuesday’s heavy losses as supply worries returned to the forefront and outweighed lingering fears over a global recession once again.

Brent crude settled below $103, while the US West Texas Intermediate (WTI) crude climbed by $1.04 to $100.54 a barrel before closing below $100 in the previous session for the first time since late April. 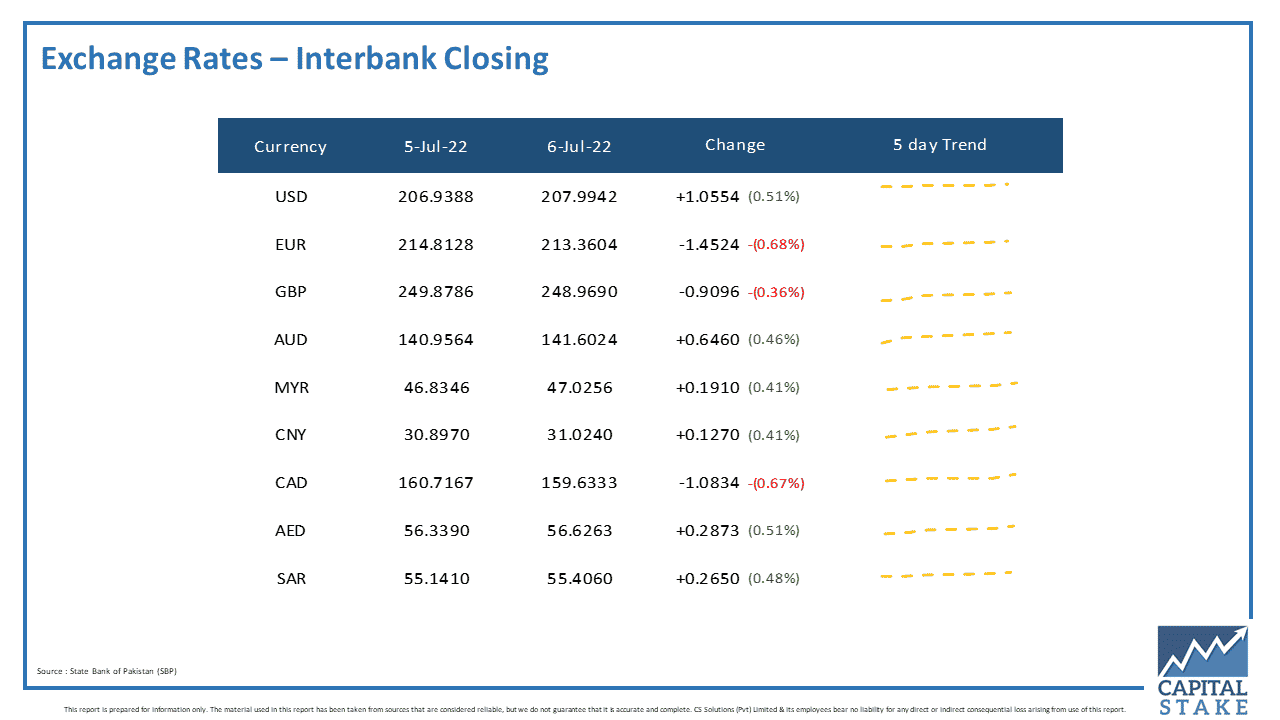 Conversely, it gained 90 paisas against the Pound Sterling (GBP), Rs. 1.08 against the Canadian Dollar (CAD), and Rs. 1.45 against the Euro (EUR) in today’s interbank currency market.