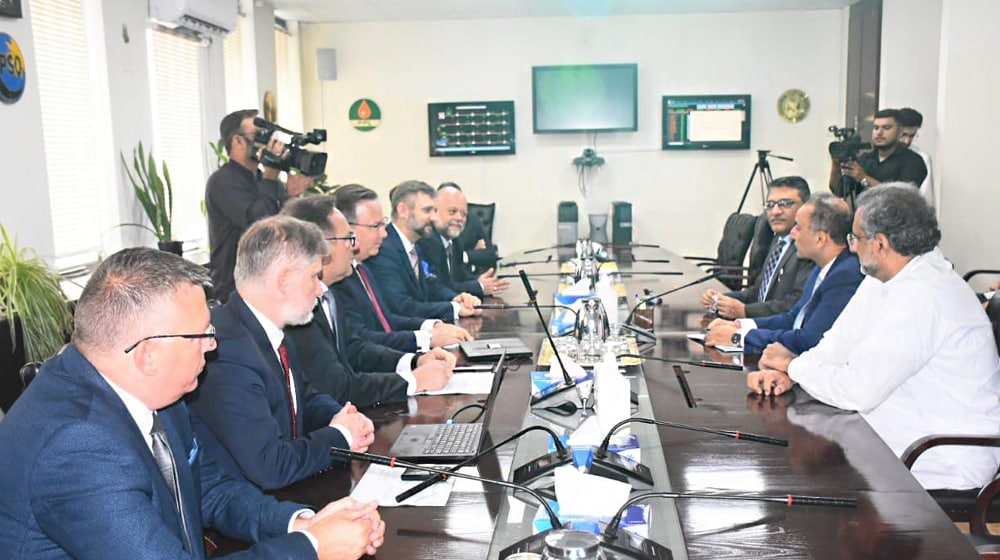 Ambassador of Poland to Pakistan Maciej Pisarski Tuesday reiterated Poland’s interest in investing and developing the oil and gas sector in Pakistan.

The ambassador along with a delegation of Polish Oil and Gas Company (POGC) headed by its Vice President & Chief Operating Officer Robert Perkowski, and Vice President Of Management Board Artur Cieślik called on Minister of State for Petroleum Dr. Musadik Malik at Petroleum Division.

The minister highlighted Pakistan’s interest in benefitting from Poland’s technical expertise in the oil and gas sector.

The ambassador termed the oil and gas partnership a jewel in the crown of the Pak-Polish relationship. He expressed his high hopes for this visit and reiterated Poland’s interest in investing and developing the oil and gas sector in Pakistan.

The minister committed to providing all possible assistance and facilitation to the Polish company for smooth operations and to ensure continued investment from Poland.

POGC Chief Operating Officer Robert Perkowski said that PGNiG hopes that the investment climate in Pakistan will improve and is committed to contributing to the country’s energy security.

PGNiG, also known as Polish Oil and Gas Company (POGC) has been operating in Pakistan since 1997 as a branch office of PGNiG Group Poland. It has on its credit the maiden tight gas reservoir discoveries of Pakistan which are being successfully developed.