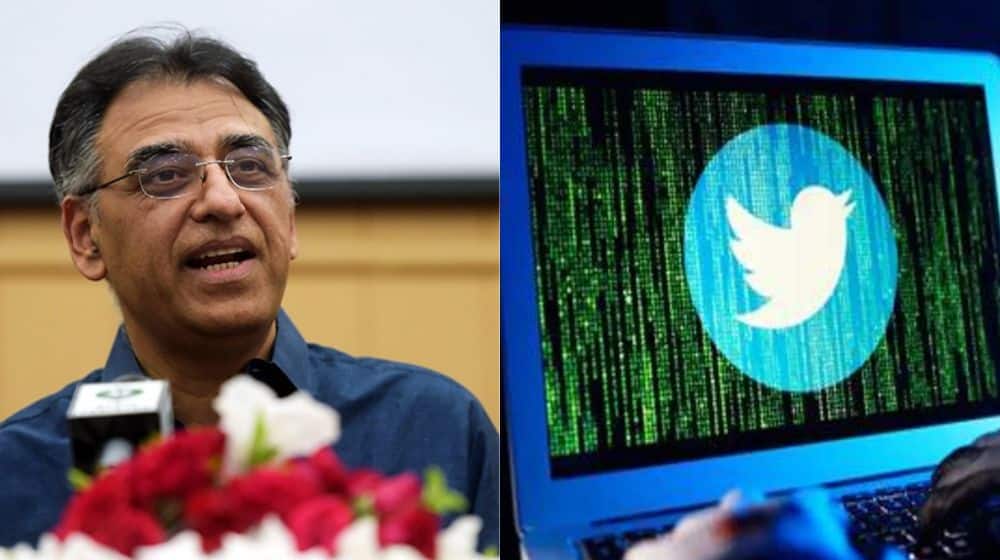 According to the statement, PTI is currently working with Twitter to recover Asad’s account at the earliest, asking Asad’s followers to report any uncharacteristic tweets in the meanwhile.

Asad Umar has been on Twitter since January 2012. He has more than 8.5 million followers. So far, no uncharacteristic activity has been witnessed from his account.

Asad Umar is very active on different social media platforms. During his time as the Head of the National Command and Operation Center (NCOC), Asad ensured NCOC provided regular updates to the public regarding the Coronavirus pandemic.

Asad Umar has been a Member of the National Assembly (MNA) since 2013. During the tenure of PTI’s federal government, Asad initially served as Finance Minister and later as Planning Minister.

Before entering politics, Asad Umar was serving as the Chief Executive Officer (CEO) of Engro Corporation from 2004 to 2012. He left this role and announced to join PTI.

Hammad accused the incumbent government of hacking his Twitter account and phone. He said that a phone locator (fake tower) was used to connect to his phone and access his text messages and data. From there, the hacker started sending reset requests to his email, Apple ID, and Twitter account.