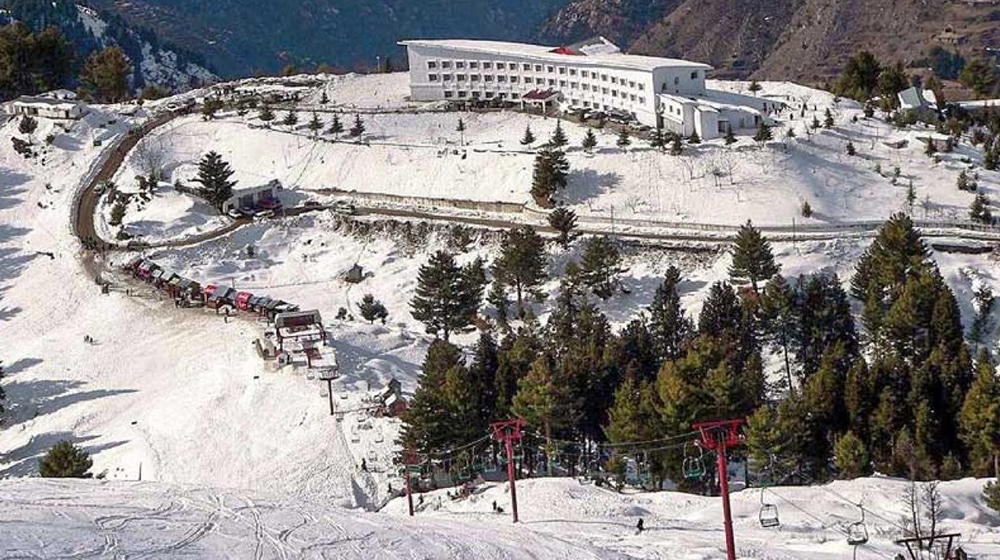 The Government of Khyber Pakhtunkhwa (KP) has decided to develop ski resorts in Swat, Chitral, and Kaghan, as announced by the spokesperson of the provincial government’s Cultural and Tourism Authority, Saad Khan.

He added that four new hill stations will be established — one each in Abbottabad and Chitral, and two in Kaghan.

Khan also mentioned that four 8,200 ft. high, colonial-era tracks between Thandyani-Nathiagali — the Thandyani-Biringali track, the Dagri Bangal-Meeranjani-Nathiagali track, and the Kaghan-Mahmnoor track from Shinkyari to Kund Bangla, and onward to Shaheed Pani Nadai Bangla, and then to Musa Ka Musllaha are being constructed.

The spokesperson remarked that waterfalls are a huge tourist attraction, which is why the government will develop the Chajjan Haripur, Jarogo Swat, Lamchar, Lanchar Dir, Noori, Sajikot, and Umbrella waterfalls on modern lines to strengthen ecotourism in the region.

The Project Director of the KP Integrated Tourism Development Project, Tauseef Khalid, said that “Tourism will not grow with full potential unless we promote sustainable and planned tourism as per international practice”.

He said that the province’s efforts to promote sustainable tourism include the development of four Integrated Tourism Zones (ITZ) in Mankiyal Swat, Thandyani Abbottabad, Ganol Manshera, and Madaklasht Lower Chitral with a loan grant of $70 million from the World Bank.

Khalid also explained that the ITZs in Thandiani and Mankyal will be connected to the Hazara and Swat motorways through link roads, which will make the entire Malakand and Hazara division accessible to tourists, and will transform Pakistan into an international tourist hub.