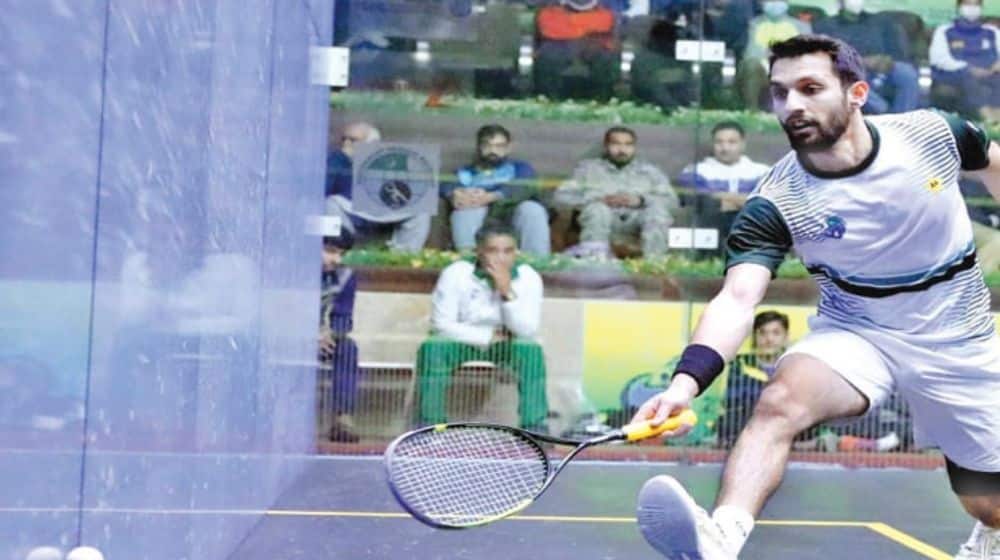 Pakistan’s top squash player, Nasir Iqbal’s campaign for the medal at the Commonwealth Games 2022 came to an end after being defeated by England’s James Willstrop in the pre-quarter-finals due to a change in match timings.

According to the details, the men’s singles pre-quarterfinal match between Nasir and former world no. 1 James was originally scheduled for 6:45 pm. England time but was suddenly rescheduled for 2:15 pm.

It was said that the crucial match between the two had to be played on the three-wall squash court no. 2 at the University of Birmingham, but that it was eventually moved to the four-wall main court.

It was also reported that Pakistan’s squash player, who had a heavy lunch at 1 p.m. local time on Sunday, was unable to play up to his potential.

It is worth noting that Nasir Iqbal was one of the players in Pakistan’s Commonwealth Games 2022 contingent who won the squash round of 64 matches in men’s singles on the first day to keep Pakistan’s chances of winning a gold medal alive.

Pakistan’s contingent for the showpiece event have had a poor showing in the event, as most of the athletes, including the women’s cricket team, are no longer in contention for medals on the first day.