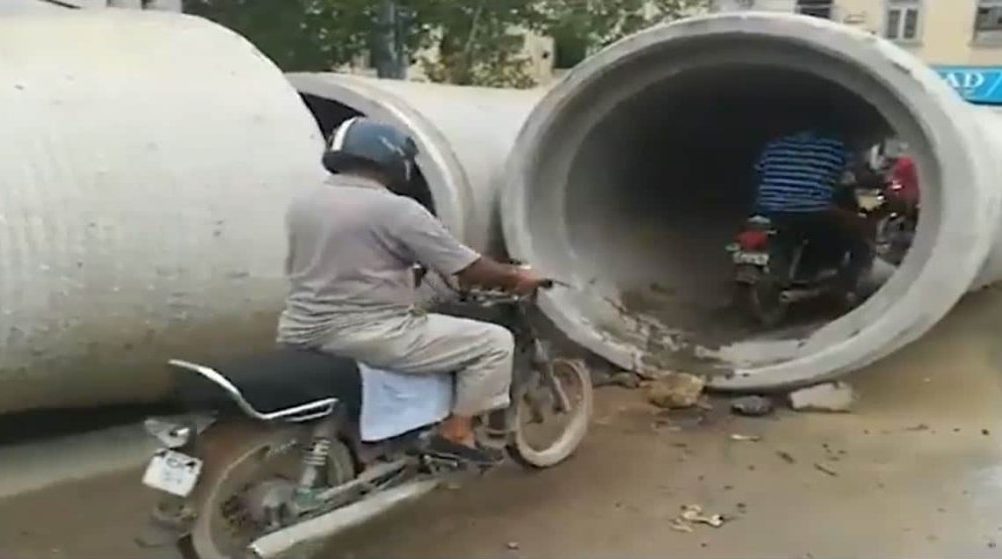 Karachiites are facing problems due to a massive pothole created by a damaged sewage line at Shaheen complex located on I.I. Chandrigar Road.

However, an interesting video has surfaced on social media, showing motorcyclists using a sewage pipe as an underpass tunnel. The video garnered massive attention, with commenters ridiculing Sindh Government for its complacency.

According to the authorities, a 72-inch diameter sewage line leading to Ziauddin Ahmed Road collapsed on July 30 creating a massive crater on the road. Fortunately, no one was harmed or injured due to the incident.

CM has told the transport department to cooperate with the local government to speed-up repairs. During the meeting, CM learned that all seven routes had several problems such as potholes, obstructive intersections, damaged sewage lines, etc. “I want both departments to complete the work within 40 days,” CM said.

Transport minister Sharjeel Memon told the CM that the efforts are being fast-tracked to rehabilitate the remaining bus routes.