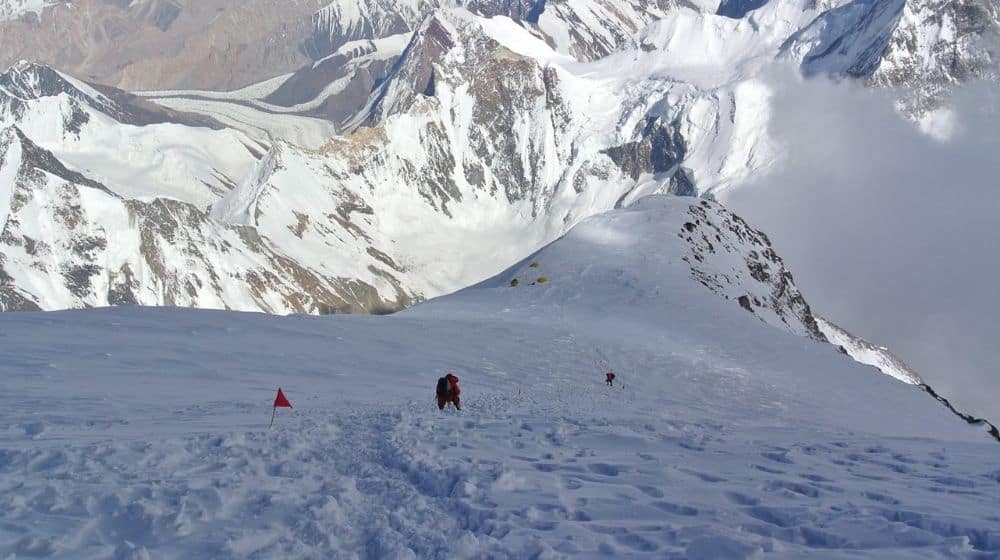 A video showing an enthralling eagle-eye view of the K2’s Camp 4, also known as Shoulder, has gone viral over social media.

The video begins with an opening shot of the shoulder where campers can be seen stationed at the top with a beautiful view of the Karakoram mountain range in the background.

Then, it pans around, revealing an extensive panoramic visual of the mountain range along with more campers that were resting at the shoulder of the mountain.

The video was shared by a Twitter user, the Northerner, with the caption, “K-2 Camp-4 popularly known as Shoulder. Majestic 360-degree views of surroundings”.

In a related story, another video of the K2 had previously gone viral which showed a long queue of mountaineers passing through the K2’s bottleneck.

Nepali mountaineer, Mingma G, who called the bottleneck the ‘scary part of K2’ had posted the thrilling video on Twitter.

ALSO READ
Government to Crackdown on Signal Jammers in Pakistan