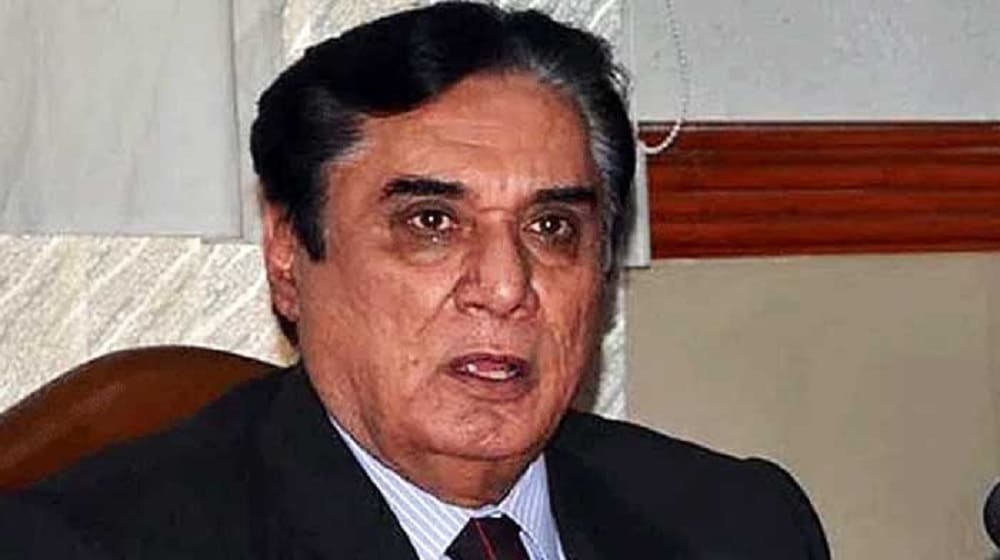 The Ministry of Law and Justice (MoJ) has revealed the salary details of former Chairman of the National Accountability Bureau (NAB), Javed Iqbal, in a written response to the Senate.

According to details, the former Chairman was receiving a salary of Rs. 1,239,000 per month. Further, the official was permitted a monthly residential allowance of Rs. 68,000 per month, whereas Rs. 6,000 was provided as a telephone allowance per month.

It is pertinent to mention that the government had accused the former Chairman of using his authority for personal political interests. After the coalition government came into power, the Chairman was removed immediately and replaced by Aftab Sultan, a former Intelligence Bureau (IB) chief.

In addition, two cases have been filed against Javed Iqbal on harassment charges, which include the Tayyab Gul harassment case and the Amina Masood Janjua case. The former executive was summoned by the Public Accounts Committee (PAC), however, he challenged the notice by filing a petition in the Islamabad High Court (IHC).

ALSO READ
WAPDA Seeks Power Tariff Hike of Up to Rs. 4.15 Per Unit

With the controversial status of NAB, the incumbent government is set to transform the institution formed in 1999 under the rule of General Pervaiz Musharraf. The Bureau has been continuously accused of harassing politicians via fake corruption cases. In this regard, the Senate on Thursday adopted the National Accountability (Second Amendment) Bill despite a massive protest by the opposition. The opposition alleged that the government wanted to destroy the anti-corruption body to facilitate its leadership. Nevertheless, the coalition government disregarded the allegations, saying that the amendment was necessary and in the public interest.