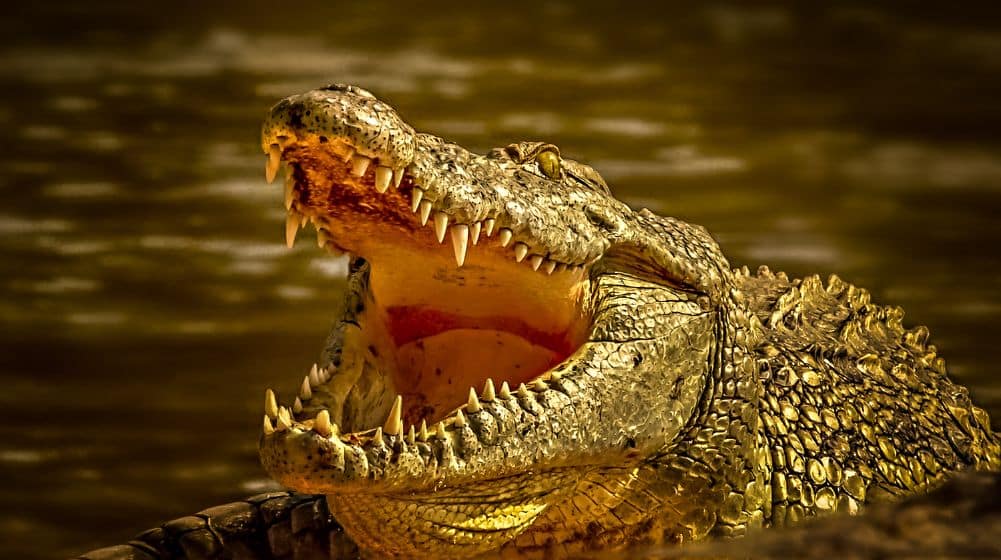 Locals in Kacha, Larkana killed a crocodile that had crept into a house today in an attempt to attack the children inside.

The recent flooding of the Indus River had caused it to leave a pond and wander into the nearby residential area, as stated by the locals.

They claimed to have beaten it to death and added that it was “eight feet long and one and a half feet wide”.

The ongoing monsoon rains and resultant floods in Sindh have given rise to a number of instances of crocodiles foraying into settlements close to water bodies.

A number of crocodiles moved into the ditches and trenches around Haleji Lake in Thatta through cracks in the embankments last Thursday.

The locals carried out a dangerous operation and successfully managed to capture a crocodile that had snuck into the village of Makke Dinu Jokhio village the next morning.

The killer reptiles were said to have killed an 11-year-old girl and injured others, besides dragging away 16 goats, two cows, a buffalo, and several other livestock near the riverbanks.