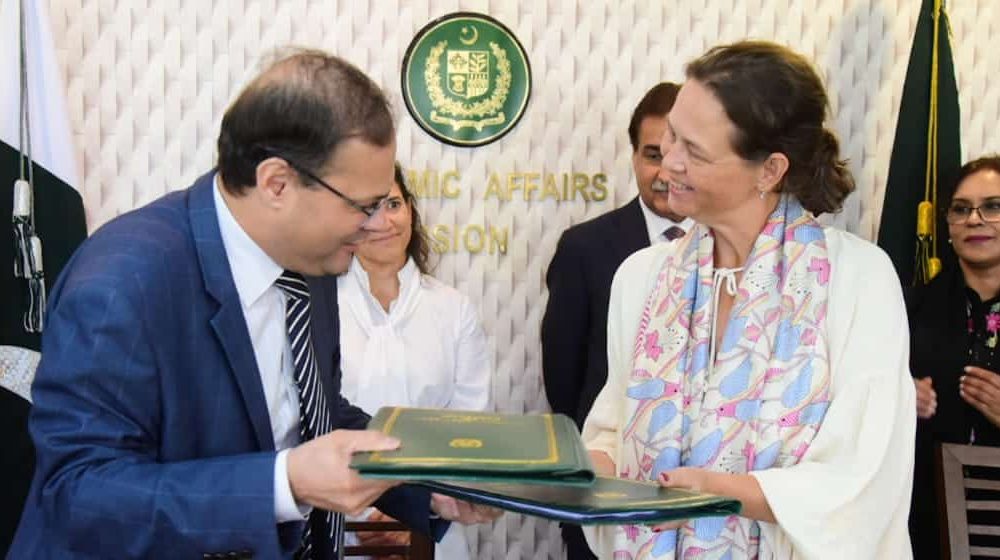 Pakistan has signed an inter-governmental framework agreement with the government of Denmark for interest-free loans for renewable energy, water supply, wastewater treatment, and efficient use of power resources.

The Ambassador also had a brief meeting with the Minister for Economic Affairs, Sardar Ayaz Sadiq, in his office. He stated that the efforts to revive bilateral economic and development cooperation between the two countries paid off, with Denmark agreeing to provide on-budget support to the Government of Pakistan through this Inter-Governmental Framework Agreement, and the focus on Waste Water Treatment Projects in Faisalabad and Lahore is immensely appreciated.

The federal cabinet accorded approval to the signing of the framework agreement with Denmark on 4 August 2022. This framework agreement is a breakthrough in the bilateral and economic relations between Pakistan and Demark, who have been partners in successful development cooperation since 1969. However, there had been no active on-budget financial support extended by Denmark since 2017.

The efforts to revive bilateral economic and development cooperation between the two countries paid off, with Denmark agreeing to provide on-budget support to the Government of Pakistan through this Inter-Governmental Framework Agreement.

This Framework Agreement would act as an umbrella agreement for potential development sector projects emanating from it, mainly in the sectors of renewable energy, energy efficiency, water supply, and wastewater treatment sectors. Each project will have its separate financing agreement, which will be negotiated with the Danish side case by case in consultation with all the stakeholders.

Currently, wastewater treatment projects in Faisalabad and Lahore are in the pipeline, which is to be negotiated under the ambit of this framework agreement.

This agreement offers the Danida Sustainable Infrastructure Finance (DSIF) Facility by the Danish side, which would provide interest-free but tied loans up to but not limited to €100 million and facilitate the transfer of technology and know-how from Denmark to Pakistan. The interest-free loans after signing this framework agreement will have a 35 percent concessional element covering the interest on the loan, export premium, bank margin, and an upfront grant if these expenses do not arrive at 35 percent of the contract amount.

Secretary Economic Affairs Division thanked the envoy, the Danish International Development Agency (DANIDA), and the Danish Government for their support to Pakistan.