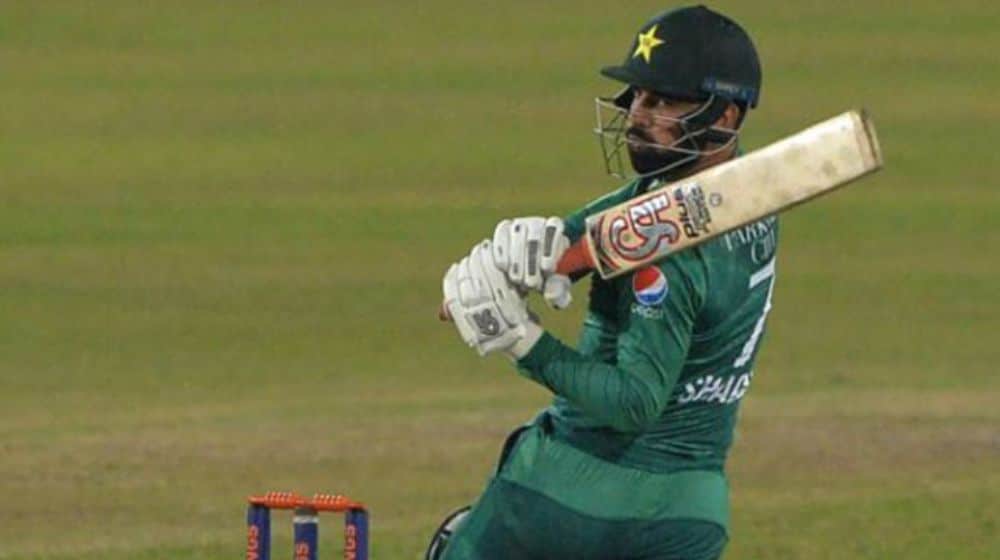 Pakistan all-rounder, Shadab Khan, has stated that he has no hesitation in batting for the national team at any number and that he can even open the innings in white-ball cricket if necessary.

If there is a decision on my request, I am even ready to play as an opener too. But one has to look at the need of the team. Definitely, if team and situation demand, I am ready to play at any batting number.

The Babar-led team is currently taking part in a training camp at the National High-Performance Centre (NHPC) Lahore in preparation for the upcoming three-match ODI series against the Netherlands and Asia Cup 2022.

The first two days of the preparatory camp were ruined by heavy and persistent rain in the provincial capital, forcing the 16-member squad to train indoors.

The limited-overs vice-captain expressed his satisfaction with the team’s preparations, saying that the national team is ready for any challenge.

The Men in Green will face the Netherlands in a three-match ODI series from August 16 to 21, days before the Asia Cup 2022 in the UAE, where they will open their campaign against India on August 28.

Talking about the importance of the upcoming ODI series, the vice-captain said, “Points are important in every series of the ICC World Cup Super League, so the focus is now on the Netherlands tour.”