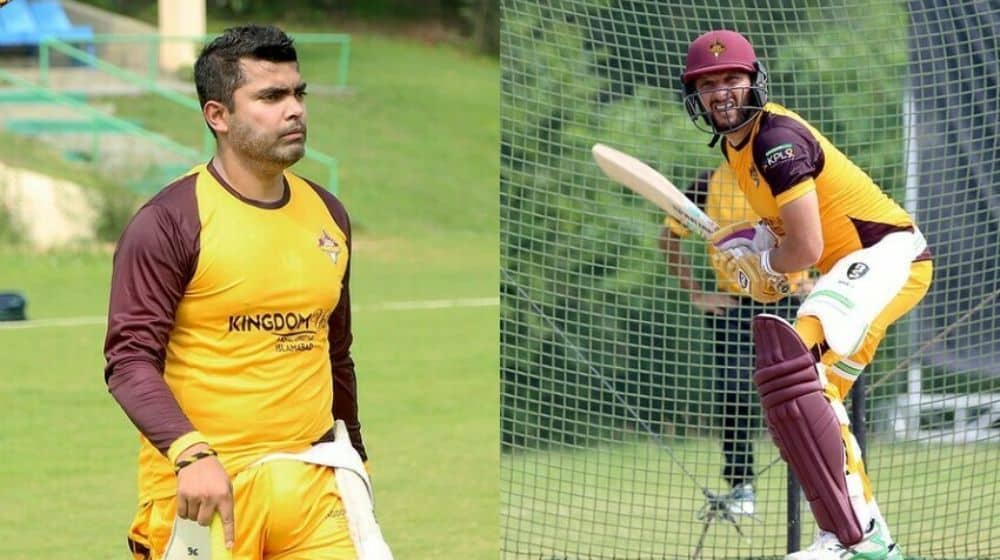 Pakistan middle-order batter, Umar Akmal, has revealed that he signed the contract with Jammu Janbaz for the second edition of Kashmir Premier League (KPL) without reading it because he spoke with Shahid Afridi first.

Expressing his happiness over reuniting with former captain, Shahid Afridi, Umar said, “I didn’t read my contract with Janbaz as Afridi had called me before signing. I always feel honored to play with Shahid Afridi.”

The right-handed batter will make his Kashmir Premier League debut for the newly-introduced franchise, Jammu Janbaz, where he will share the dressing room with Shahid Afridi.

While expressing his excitement for the tournament on the sidelines of training camp, Umar said that it will be his first appearance in the KPL and he will try to perform well for his team in every department.

It is pertinent to mention here that the second season of the Kashmir Premier League will begin on August 13 at the Muzaffarabad Cricket Stadium and will conclude on August 25 with seven teams competing for the title.

The inaugural edition of the franchise cricket was played last year in August where Rawalakot Hawks defeated Muzaffarabad Tigers by seven runs to win the final of the Kashmir Premier League.