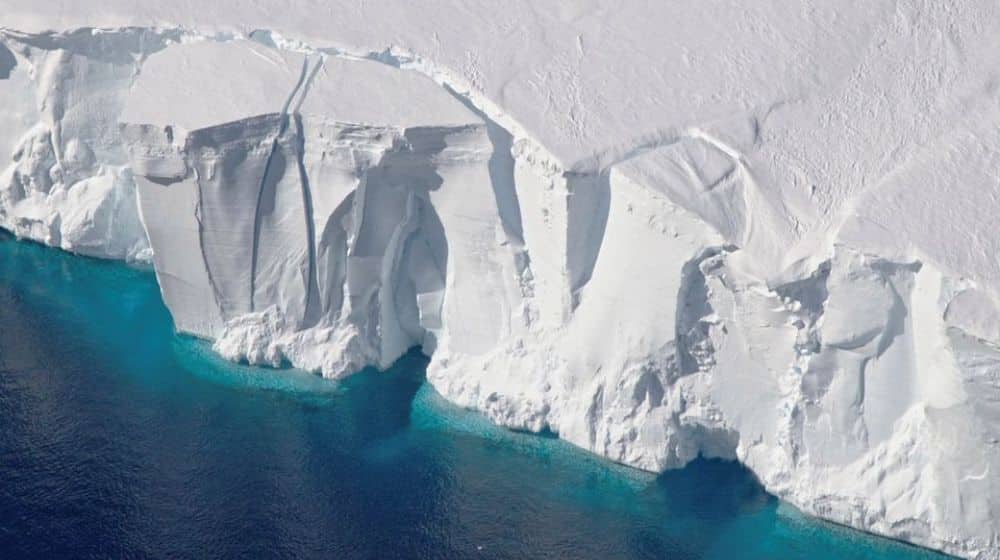 Antarctica’s coastline glaciers are losing ice faster than nature can regenerate them. This has doubled previous estimates of losses from the world’s largest ice sheet over the last 25 years, as learned from NASA’s satellite analysis.

The groundbreaking study that was spearheaded by experts at the National Aeronautics and Space Administration’s (NASA) Jet Propulsion Laboratory (JPL) near Los Angeles and was published in the journal Nature sounds new alarms about how rapidly climate change is damaging Antarctica’s floating ice shelves and increasing global sea levels.

The research team had synthesized satellite imagery from visible, thermal-infrared, and radar wavelengths to chart glacial flow and calving since 1997 more precisely than ever over 50,000 km of the continent’s coastline.

The study’s main finding was that the total reduction of Antarctic ice from coastline glacier pieces ‘calving’ off into the ocean is roughly as high as the net quantity of ice already known to be depleted due to thinning caused by the melting of ice shelves from below by warm waters.

It was found that thinning and calving have together reduced Antarctica’s ice shelves by 12 trillion tonnes since 1997, which is more than double the last estimate.

JPL scientist, Chad Greene, who was also the study’s lead author, stated that over the last quarter-century, calving alone has caused a net loss of nearly 37,000 sq. km to the continent’s ice sheet, which is almost equal to the size of Switzerland.

An announcement by NASA cited Greene highlighting that “Antarctica is crumbling at its edges”.

And when ice shelves dwindle and weaken, the continent’s massive glaciers tend to speed up and increase the rate of global sea level rise.

Greene also warned that the consequences could be massive as Antarctica holds 88 percent of the sea level potential of the entire world’s ice.

When ice shelves are stable, the long-term natural cycle of calving and re-growth keeps their size relatively constant. However, warming oceans in recent decades have weakened them from underneath — a phenomenon previously documented by satellite altimeters measuring the changing height of the ice, which showed losses averaging 149 million tons a year between 2002 and 2020, according to NASA.