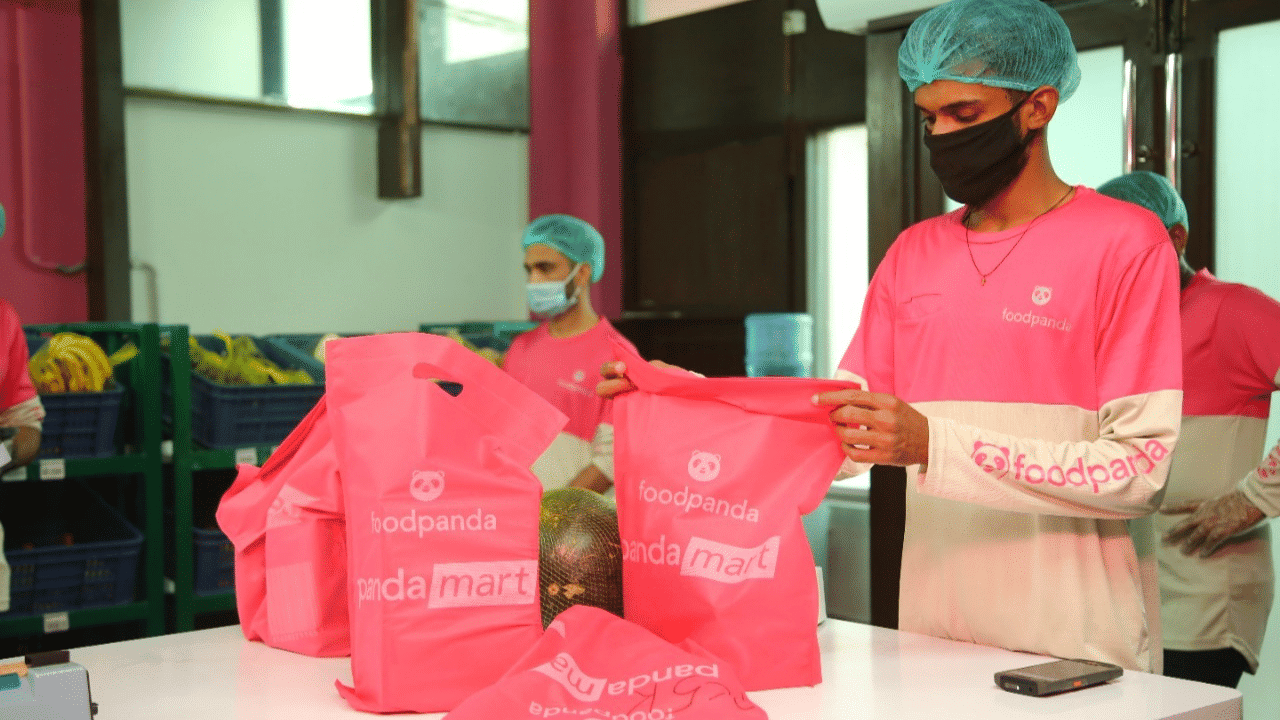 Who would have known even during the sci-fi movie boom of the 80s that the technological revolution will eventually be part of one’s own existence.

Hardly anyone would have ascertained the imaginative material which was once part of movies and TV shows being part of their own lives, a few decades later.

But in most cases, tech-based convenience is now just a tap away. Our lives are continuously evolving given the fast-paced world we are living in today and industries have had to incorporate technological advancements to stay abreast with innovation and market trends.

From the advent of the internet to smartphones, and Walkman to the MP3 player, we have come a long way! No one would have thought there would be touch screen phones, let alone these devices being used at the tap of a button to order food.

Now, this idea would have been a major breakthrough in a movie plot three decades back, no?

A notable example of this evolution in Pakistan is the online delivery platform foodpanda, which is expanding rapidly through technological innovation.

The concept started in Pakistan in the year 2011 under the name ‘Food Connection Pakistan’ which was primarily an online food review platform.

At that time, there was no platform to connect thousands of restaurants and countless food outlets with consumers in the country. Later, it was renamed ‘Eat Oye’ to create a local platform for online food ordering and delivery.

In the year 2015, it was acquired by ‘foodpanda’ with the combined entity becoming the leading online food delivery platform in the country.

foodpanda, as Asia’s premier food and grocery delivery platform, has been successfully operating in the APAC region for a decade and in Pakistan for over 7 years.

Leveraging its various business verticals – which are discussed in more detail below – the company provides primary or partial employment to thousands of people, such as delivery riders, home chefs, vendors, employees, and various other stakeholders hence significantly contributing to Pakistan’s economic fiber and sustaining a critical ecosystem for the benefit of the country. 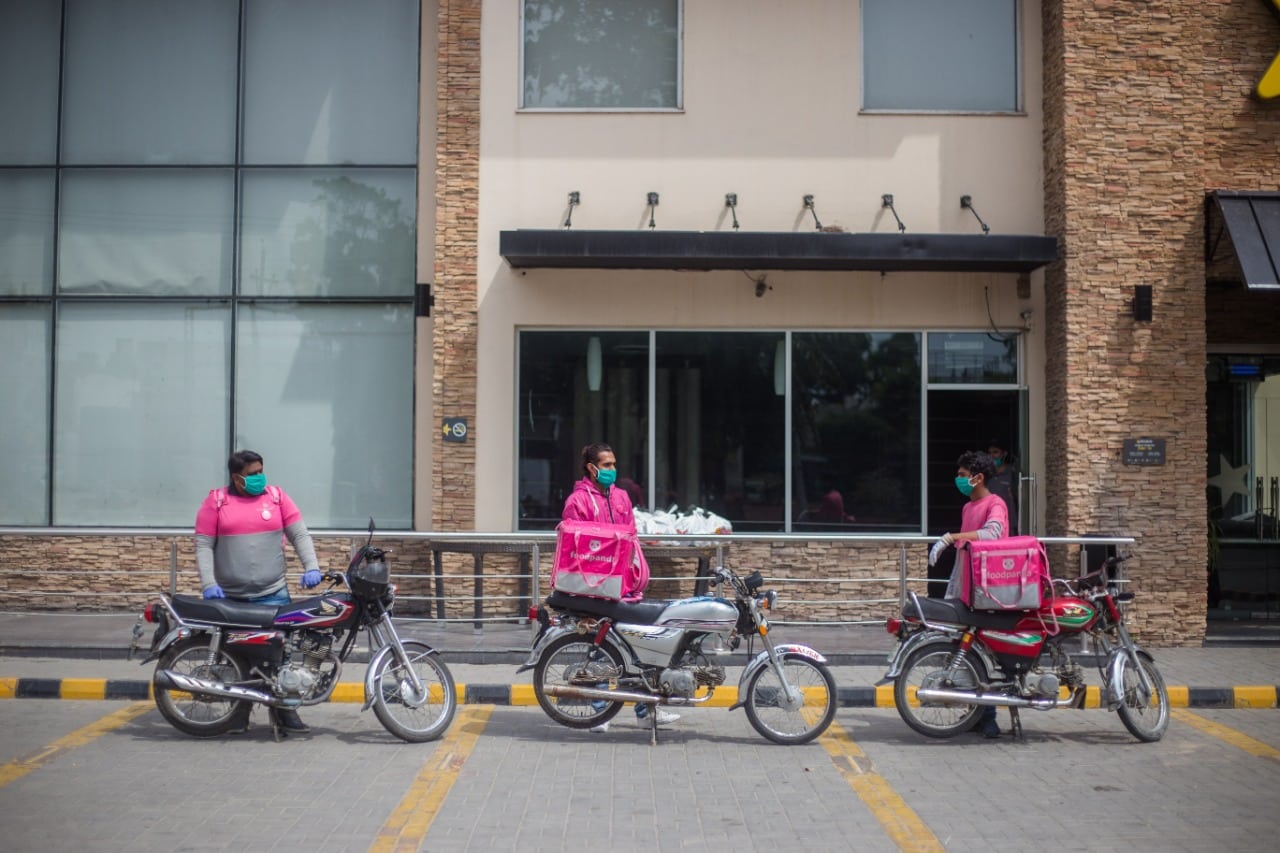 As an organization, foodpanda lays great emphasis on the welfare of its riders who have a significant role to play in the entire food delivery ecosystem.

In this regard, numerous initiatives have been launched with the objective of facilitating them, such as the company conducting training sessions with the support of traffic police, facilitating riders to obtain driving licenses,  providing insurance, ad-hoc support, and other benefits such as discounted tires, fuel savings, etc.

The riders work as freelancers and can choose part-time or full-time work according to their needs – which is a transformational change in the workforce, giving these freelancers the ability to drive their own work agendas.

The portfolio of HomeChefs at foodpanda in Pakistan includes over 5,000 registered individuals, preparing meals while the riders help deliver these at the customers’ doorstep.

The primary responsibility of these food entrepreneurs includes preparing their signature-styled food and packaging it well so that it reaches the customer safely.

foodpanda provides guidance and ongoing support to its HomeChefs; this includes menu designing, pricing and budgeting, tips for good packaging, hygiene, and quality control to make their business a success.

In this regard, financing facilities and ancillary support are also offered through government affiliates and other third parties to meet the needs of HomeChefs who wish to expand their food business. 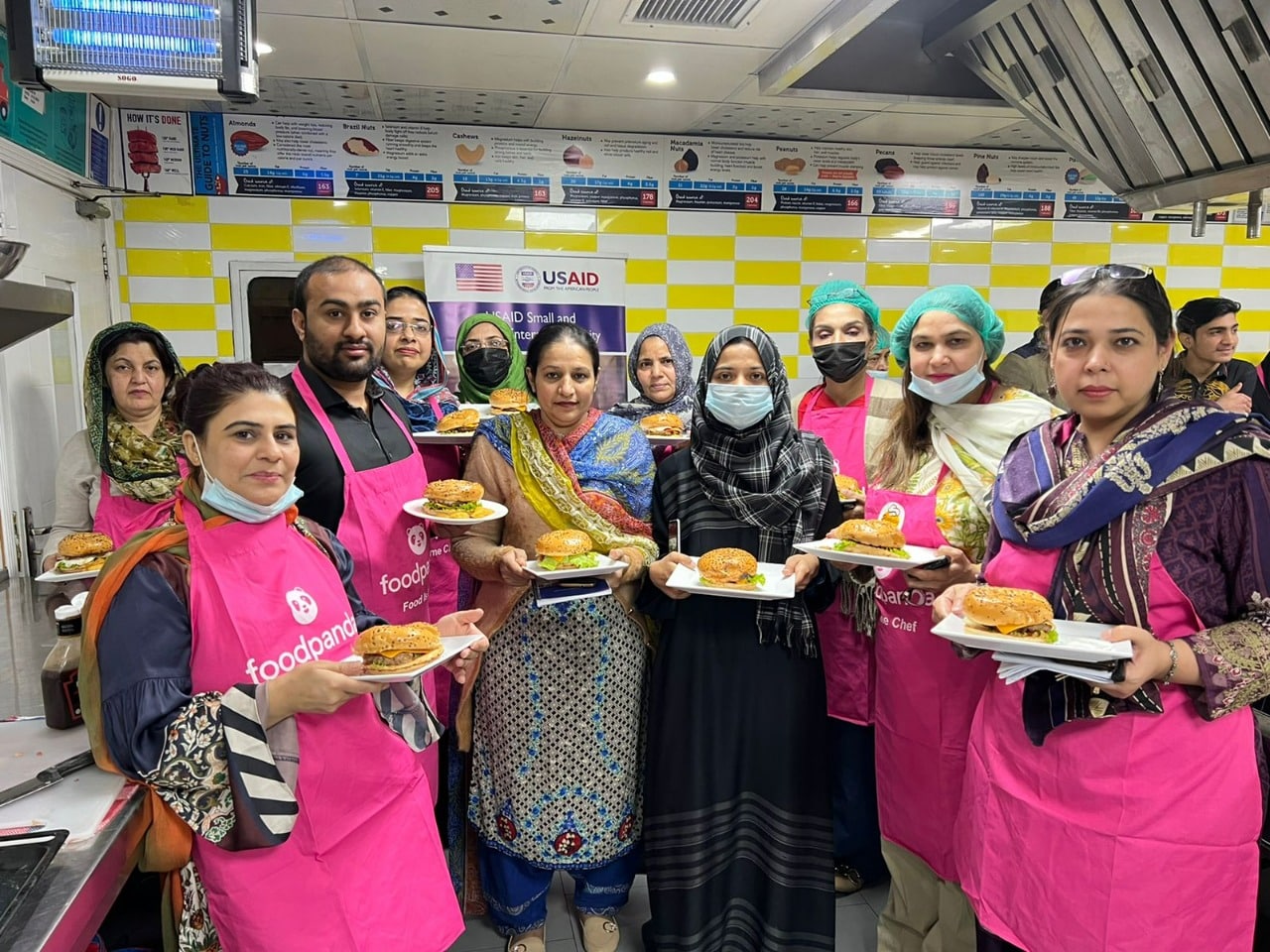 The HomeChef’s vertical is a prominent example of women empowerment, as a large proportion of these chefs tend to be women, and foodpanda Pakistan is facilitating them not just with economic sustenance but financial inclusion as well – a key driver of sustained economic progress.

When we think about foodpanda, we keep it synonymous with food delivery service, but it has also diversified in the world of q-commerce (quick commerce) and has quickly become a market leader.

Q-commerce follows the concept of a dark store model which is unlike normal stores as there is no physical footfall of customers and traditional buying and selling are absent.

Instead, the staff at the store collects items when the order is placed and ships these to the customer’s desired address through the fleet of foodpanda riders.

Thus, pandamarts (as they are called) with their diverse range of over 10,000 items provide easy access to groceries, confectionaries, household supplies, and a lot more to end consumers.

With a presence in Karachi, Lahore, Rawalpindi, Islamabad, and Hyderabad, pandamart is Pakistan’s largest online grocery delivery platform which has established more than 50 stores across the country.

foodpanda Pakistan has also emerged as the first organization to introduce the revolutionary concept of cloud kitchens in a systematic manner across the country and so far, has established seven cloud kitchens, known as pandakitchens in Karachi, Lahore, and Multan.

Cloud kitchen has become a global trend nowadays and in its quest for opportunities for restaurants and home-based chefs, foodpanda is empowering these segments through pandakitchens.

It offers new and existing restaurants a unique place to start or expand a business with the provision of kitchen infrastructure including utility requirements and support teams.

Apart from these, safety and hygiene norms are also maintained in the kitchen as per relevant food authority guidelines and applicable laws.

A number of delivery/takeaway-only restaurants operate at one location within these premises.

As a result, consumers enjoy wider options that did not exist in their area before and all stakeholders are facilitated to ensure optimal costs, efficiency, and experience.

In order to facilitate loyal customers, the company has also introduced pandapro which is a membership program offered by foodpanda with its short, medium, and long-term subscription packages to its customers.

These include monthly, half-yearly, and yearly packages, alongside free delivery from all restaurants and shops, besides discounts through dine-in at selected restaurants.

Keeping the booming restaurant industry and customer centricity in mind, foodpanda also has a pick-up feature for the convenience of its customers.

Thanks to this facility, post order placement, customers can go and receive the order themselves within a time frame of 30 minutes without going through the hassle of standing in long queues and awaiting their turn.

Consequently, pick-up customers can further avail of discounts, sometimes ranging up to 50% through this feature.

In summary, foodpanda Pakistan is empowering stakeholders in various capacities, be it men or women, and has disrupted the e-commerce industry in Pakistan, thus creating ease through its customer-centric strategies and advanced tech to drive innovation in the market.