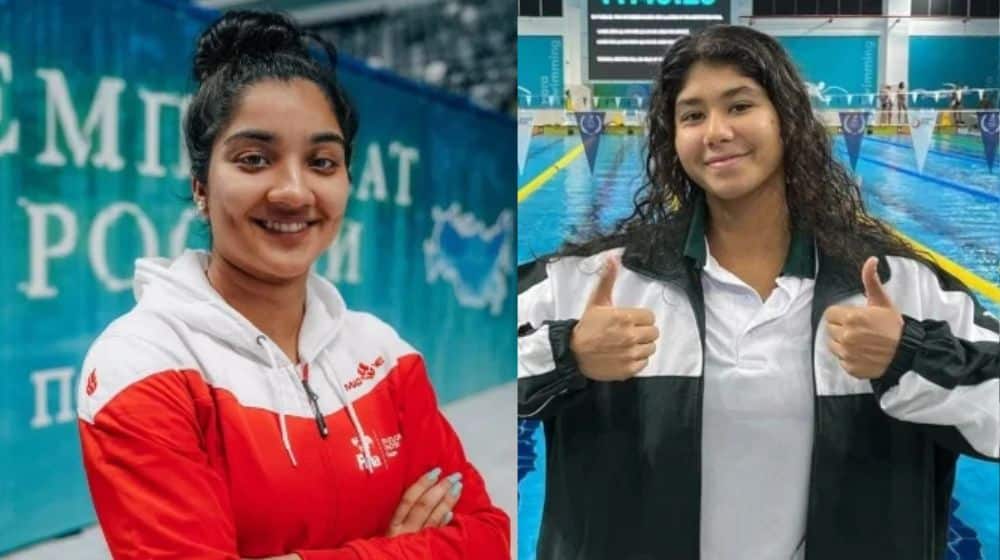 Pakistan’s women athletes performed poorly at the recently concluded Commonwealth Games 2022 as none of them secured any medal in any category, which raised a lot of questions over selection.

However, national athletes, Bismah Khan and Jehanara Nabi, performed admirably during the 5th edition of the Islamic Solidarity Games 2022, reaching the finals of the women’s 100m freestyle swimming contest.

Both Pakistani athletes finished in the top eight in their semi-final heats, with Jehanara clocking 1:02.11 to finish seventh and Bismah clocking 1:02.59 to qualify for the final, which will be held on Monday at 8:00 PM Pakistan time.

It is worth noting that both Bismah and Jehanara also displayed magnificent performances at the fourth edition of the Islamic Games in Baku in 2017, where they won a bronze medal in the Women’s 4x200m freestyle category.

It should be noted that another Pakistani athlete, Fatima Adnan Lotia, also made it to the women’s 100m backstroke finals but, unfortunately, came in last with a time of 1:19.08.

Earlier in the tournament, Arshad Nadeem, a renowned athlete from Pakistan, won the gold medal after the 25-year-old threw the spear at 88.55 meters.

Arshad’s throw, on the other hand, was the best ever at the multi-sport event, which featured elite athletes from members of the Organization of Islamic Cooperation.

Similar to the Commonwealth Games, the Pakistani contingent for the Islamic Games performed poorly with most of the athletes out of medal race.