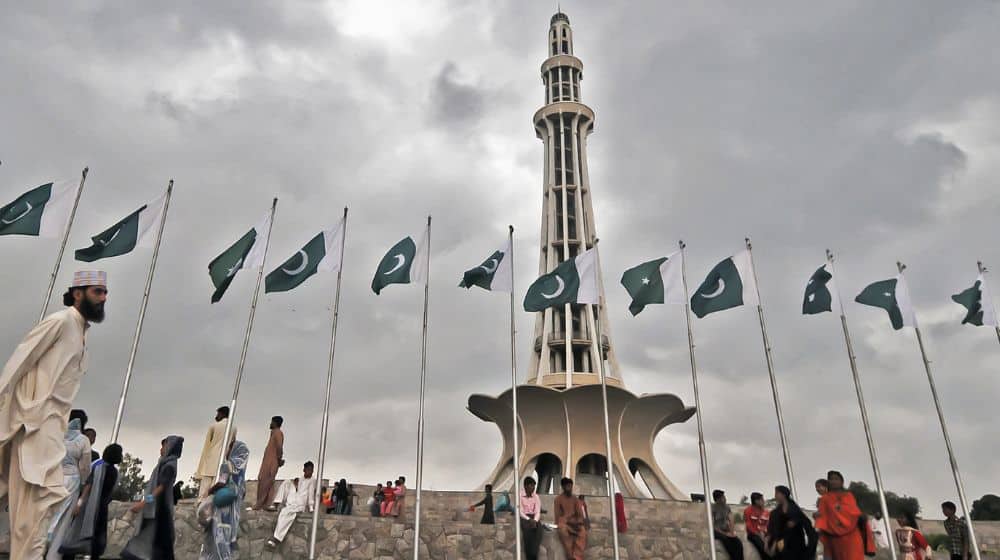 The Lahore Police has arrested around 65 males for harassing women at Minar-e-Pakistan in Lahore on Independence Day.

Approximately 800 personnel were deployed at the Greater Iqbal Park to oversee the large crowd in which some men harassed women as has been the norm on previous Independence Day celebrations.

At one point, a brawl broke out between the men accompanying the women and the harassers, which escalated into a fight with sticks. However, many of them managed to flee the scene before the police arrived.

Besides this, the police baton-charged eve teasers atop Azadi Bridge in the city.

Later on, Capital City Police Officer (CCPO) Lahore, Ghulam Mahmood Dogar, stated that additional police officers had been deployed in the park in consideration of the growing crowd. He said that the Superintendent of Police (SP) City, Sarfraz Virk, had been tasked with overseeing the crowd control measures, and added that the police have arrested about 65 males.

He had warned that the harassment of women would not be tolerated and that people should behave civilly and respect women during the celebrations.

He had also advised citizens in a tweet to report people involved in unlawful activities on the police helpline, 15.